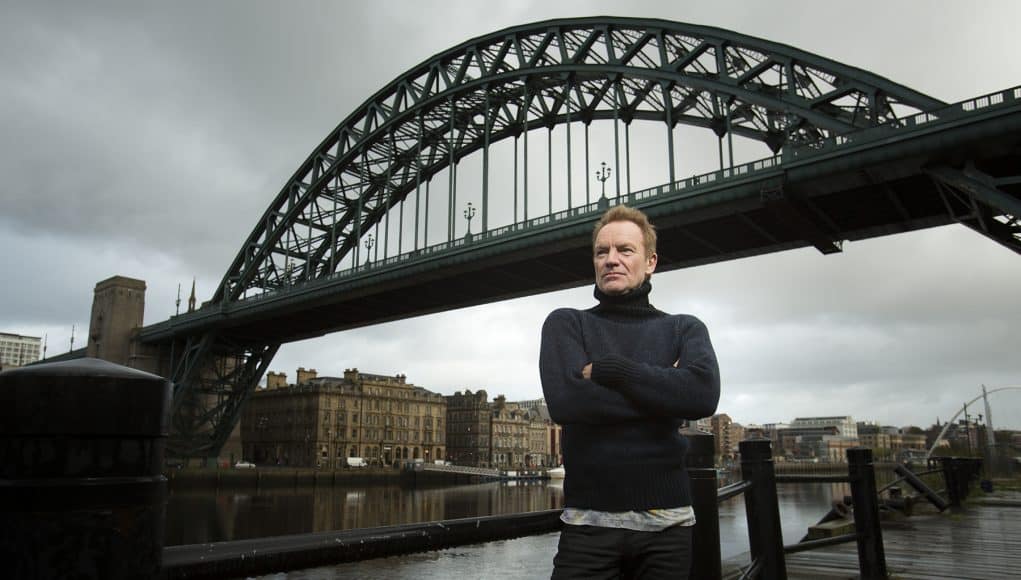 The Last Ship opens February 20, 2020 and runs for a month. About 3 hours in length with one intermission, the show has earned a Tony Award nomination for Sting’s score.

Recently the production played sold-out runs in U.K., Ireland and Toronto. BroadwaySF is bringing The Last Ship to San Francisco where it will play the expansive 2,200 seat Golden Gate Theatre.

Per the BroadwaySF web site description of The last Ship:

This personal, political and passionate new musical from multiple Grammy Award-winner Sting, is an epic account of a family, a community and a great act of defiance. With original music and lyrics by Sting, THE LAST SHIP also features a few of his best-loved songs, including “Island of Souls”, “All This Time,” and “When We Dance.”

The production, which was initially inspired by Sting’s 1991 album The Soul Cages and his own childhood experiences, tells the story of a community amid the demise of the shipbuilding industry in Tyne and Wear, with the closure of the Swan Hunter shipyard and when the last ship sails.

Sting himself has a personalized message for San Francisco which you can view below.

Sting arrives with The Last Ship next month at the Golden Gate Theatre.

This personal, political and passionate new musical from multiple Grammy Award-winner Sting, is an epic account of a family, a community and a great act of defiance.

Stark Insider hopes to see you at the show!