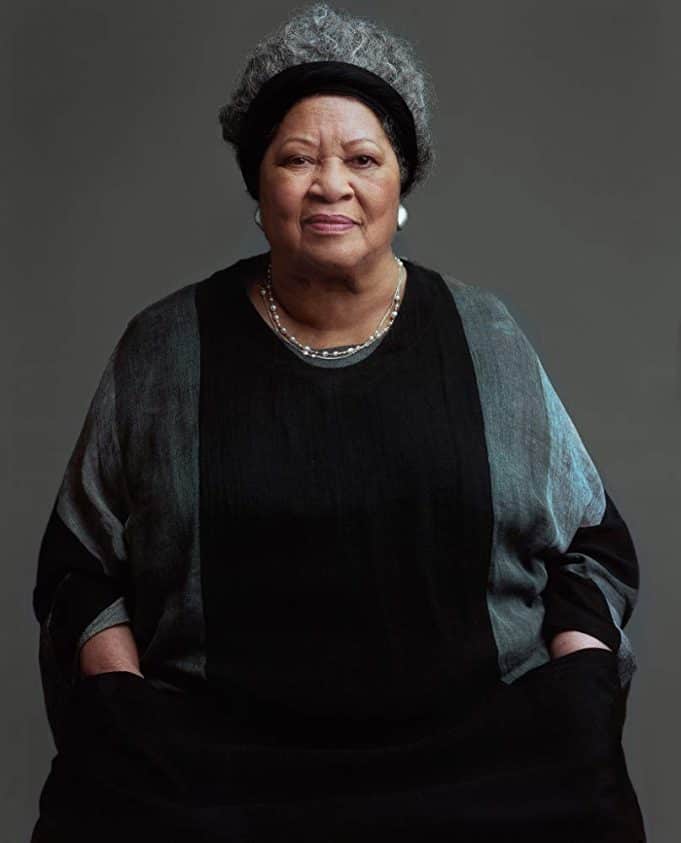 Toni Morrison: The Pieces I Am

Stark Insider reviews the Timothy Greenfield-Sanders documentary Toni Morrison: The Pieces I Am.

Timothy Greenfield-Sanders met Toni Morrison 38 years ago when she came to have photographs taken. Their friendship grew from there. In a recent Q & A after a showing of his eloquent documentary tribute to her, he shared that Morrison viewed the completed film, then turned to him and said “I like her.”

This is indeed “an artful and intimate meditation on the life and works of [a] legendary storyteller and Nobel prize winner.” Placed throughout this award-winning documentary are photographs of her childhood and life, accompanied by the narration of others such as Angela Davis, Oprah Winfrey and Fran Lebowitz as well as recent interviews with Morrison herself. Original visual art by artists of color appears throughout the documentary, accentuating Morrison’s story. Her last book is a collection of essays and speeches, The Source of Self-Regard. It was published shortly before she died and should be on everyone’s gift list this holiday season.

Sandra Guzman interviews Toni Morrison on topics ranging from her grandparents, her childhood, her time as an undergraduate at Howard University, later fighting to get the same pay as male editors at Random House, and a 1973 NY Times review of her book, Sula. Sara Blackburn said in her review, “Toni Morrison is far too talented to remain only a marvelous recorder of the black side of provincial American life.” Morrison’s later comment: “As though our lives have no meaning without the white gaze.”

Morrison was to spend her entire life making sure that America’s misleading and incomplete master narrative of history was updated and uplifted, both by her writing and her advocacy of others.

Morrison’s grandfather read the Christian bible five times in its entirety. Why did he do this? He owned no other book, and he was reading at a time when it was still not acceptable for people of color to be able to read and write. Her sister taught her to read when she was three years old. The power of words came through; she spent her life reading and reading, then writing and writing.

Especially powerful is listening to Morrison say that she could feel Frederick Douglass and Ralph Ellison holding back, holding back, in their literary expression in the 19th and 20th centuries. They were talking to the white gaze, and did not want to offend. It was crucial, for example, that Douglass not offend those who were in a position to support the antislavery movement and the Underground Railroad.

Morrison knew this and said, “My authority and my sovereignty had to be established with my first book.” And she wrote in 1970, The Bluest Eye. No one was writing about black girls, she said. And how does a child learn self-loathing? Today The Bluest Eye winds up on a list of books banned from high school libraries quite often. David Carrasco calls it her rawest novel. Carrasco calls Morrison “the emancipation proclamation of the English language.”

Paula Giddens reminds us that Toni Morrison said you need to understand the history of African American women to understand the history of America. Activism mattered then as now, and Morrison asked herself, “what can I do where I am?” Morrison wrote her own ground-breaking novels. And as an editor at Random House, she published the writings of other Americans of color. She edited their work and got their books out to the public.

Some would say her most compelling work was the award-winning Beloved, inspired by the life of Margaret Garner, an enslaved woman who made a desperate attempt to rescue her children from slavery. Morrison said the book was about the choices women had to make in slavery; it was not about victims. Her goal as a writer – to help us understand what it felt like to be that person in that place and time.

Forty-eight writers published an open letter at one point, asking what it would take to get the American literary establishment to recognize the formidable body of Toni Morrison’s work.

Forty-eight writers published an open letter at one point, asking what it would take to get the American literary establishment to recognize the formidable body of Toni Morrison’s work. In effect, they sang a praise song for her. While she taught at major universities, she had not received literary prizes.

By the time of her death in 2019, the accolades had come in: a Pulitzer for the novel Beloved, the National Book Critics Circle Award for Song of Solomon, and the prestigious Nobel Prize in 1993 for her entire body of work. Morrison laughed, she danced, she chose beautiful clothes and she invited her friends to accompany her to Sweden for the awarding of the Nobel. Her eloquent acceptance speech can be found on the Nobel Web site.

An inspiring and absorbing documentary about the life and work of a very private person. She refused to write an autobiography or a memoir and never authorized a biography. However, Morrison understood the power of film and trusted her long-term friend, to our great benefit and delight.