Good news for those in and around the San Francisco Bay Area.

BroadwaySF has announced the historical musical based on Founding Father Alexander Hamilton has been extended through May 31, 2020.

As you may already know this is a hot ticket. So be prepared to act fast.

See below for information on how to buy tickets for Hamilton.

Here’s what organizers had to say about the process and pricing for Hamilton:

“There is a maximum purchase limit of eight (8) tickets per account per performance.  Prices range $75 to $199 with a select number of $299 premium seats available for all performances.  Prices include a $4 facility fee and per ticket fee. Prices are subject to change. There will be a lottery for forty-four (44) $10 seats for all performances.”

Performances are scheduled for Tuesday, Wednesday, Thursday, Friday and Saturday at 7pm. And Wednesday, Saturday, Sunday at 1pm.

HAMILTON is the story of America’s Founding Father Alexander Hamilton, an immigrant from the West Indies who became George Washington’s right-hand man during the Revolutionary War and was the new nation’s first Treasury Secretary. 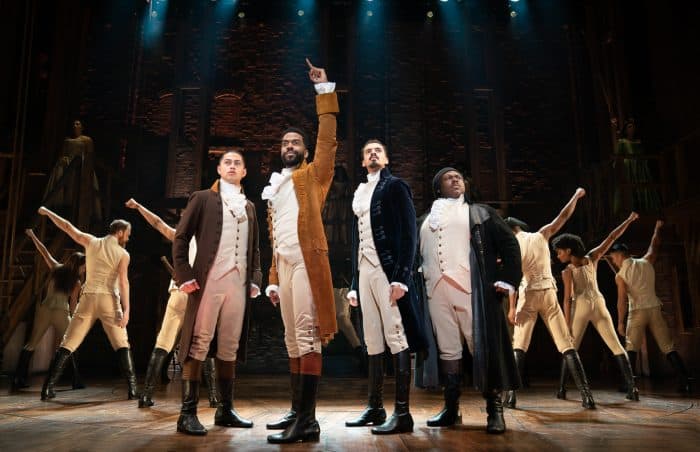 Featuring a score that blends hip-hop, jazz, blues, rap, R&B, and Broadway, HAMILTON is the story of America then, as told by America now.

For more information about the touring Broadway production of Hamilton, visit the BroadwaySF web site.