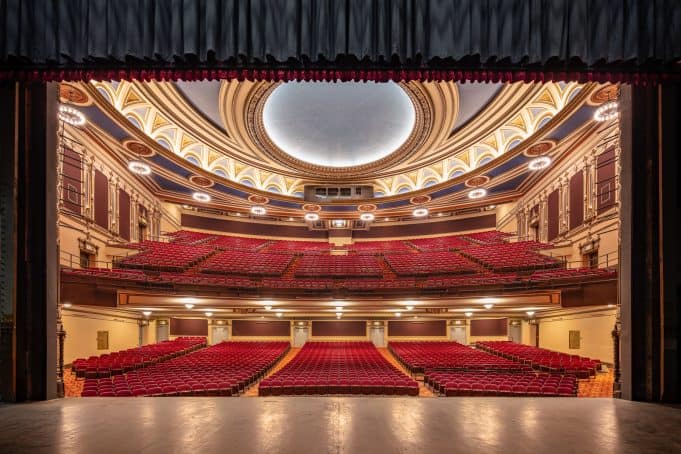 Theater news out of San Francisco this week regarding branding of one of the city’s most prominent theater houses.

SHN has announced a name change. Going forward the company, known for bringing Broadway touring musicals to San Francisco, will be known as BroadwaySF.

Per the news release:

“The new name projects a clear and simple promise to live theater lovers around the Bay Area – BroadwaySF will continue to bring Broadway blockbusters and one-of-a-kind theatrical experiences to the Orpheum and Golden Gate Theatres in San Francisco.”

The dramatic and bold new logo looks like this:

In addition to the new BroadwaySF branding — which makes a lot of sense given the team’s mission — the web site has also been updated and can be seen here: broadwaysf.com.

Meantime, since Broadway shows is what this is all about, here’s the 2019-2020 BroadwaySF lineup of productions.

THE SIMON AND GARFUNKEL STORY

AN EVENING WITH NEIL DEGRASSE TYSON

Stark Insider hopes to see you in town at a BroadwaySF production!