Montalvo Arts Center has announced its line-up for Spring (see below for all the details).

Live improv show Broadway’s Next Hit Musical, artist Tom Rush, Willie K and Raul Malo are just some of the headlining acts you can expect to see at the Montalvo Arts Center — located south of San Francisco in the city of Saratoga, California. 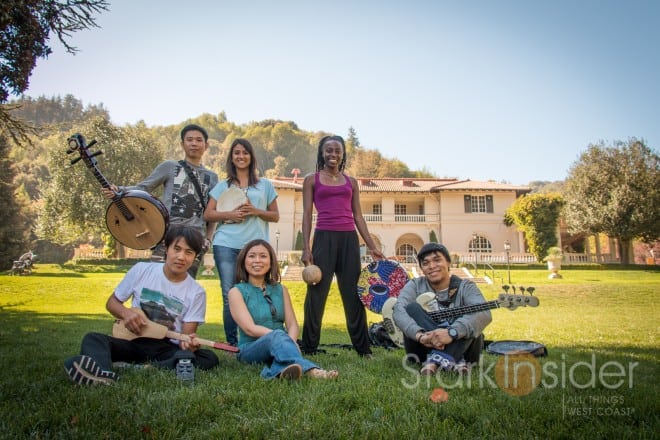 May 3 – 8:00pm: The only unscripted theatrical award show of its kind, Broadway’s Next Hit Musical hits the stage with some of New York’s finest master improvisers. Gathering made-up hit song suggestions from the audience, these pros then create a spontaneous showcase of music, humor, and laughter. The audience votes for their favorite song, and watches as the cast turns it on-the-spot into a full blown musical—complete with memorable characters, witty dialogue, and plot twists galore. Hailed as all-improvised and all-funny, this evening is indeed a one-of-a-kind experience.

May 8 – 7:30pm: Blues and folk artist Tom Rush and guitarist Matt Nakoa take the stage in An Evening with Tom Rush. Having made a profound impact on American pop culture, Tom Rush is known for his own hit compositions such as “No Regrets,” as well as introducing songs by Joni Mitchell, James Taylor, Jackson Browne, and many others. Attributed by Rolling Stone as shepherding the era of the singer/songwriter, Rush also helped shape the folk revival in the ’60s, and the folk renaissance of the ’80s and ’90s. Along with his distinctive guitar style, Rush’s wry humor and warm, expressive voice create an evening filled with the rib-aching laughter of terrific story-telling and the passion of gritty blues.

May 10 – 8:00pm: “Live from Laurel Canyon” weaves together beloved music and stories that inspired iconic moments during the Laurel Canyon era. Similar to other legendary rock ‘n’ roll neighborhoods like Haight Ashbury or Greenwich Village, Laurel Canyon in the Hollywood Hills hosted an enclave of artists between 1965 and 1975. Among the musicians performing were The Mamas and The Papas, The Byrds, Buffalo Springfield, The Doors, James Taylor, Carole King, Joni Mitchell, and the Eagles, who would forever change the look, sound, and attitude of American pop music. More than a tribute act, “Live from Laurel Canyon” performs beloved music, but also shares the stories that inspired these iconic moments in music history.

May 15 – 7:30pm: Raul Malo is the incomparable frontman of the genre-defying band, The Mavericks, and the sole writer of many of their songs. His free-wheeling, swaggering style seamlessly blends neotraditional country, cow-punk, rockabilly, and Latin rhythmic fervor. His compositional craftsmanship includes timeless hits like “Here Comes the Rain,” “Crying Shame,” and “All You Ever Do Is Bring Me Down.” Known for his demonstrable skill for getting listeners to groove, Malo and his lush, soaring baritone will have audience members dancing in the Carriage House aisles.

May 16 – 7:30pm: Hailed by the Honolulu Pulse for his ability to “play or sing almost anything an American audience might ask for,” Willie K will bring Bay Area audiences an all-encompassing music performance. Playing everything from indigenous acoustic Hawaiian music to jazz, reggae, rock, country, and even opera, Willie K leaves audiences slack-jawed in astonishment. His impassioned vocals and blistering guitar licks have won him multiple Nā Hōkū Awards along with legions of devoted fans, some of which include the late performing artist Prince and President Barack Obama.

Team Stark Insider hopes to see you at Montalvo Arts Center this Spring!