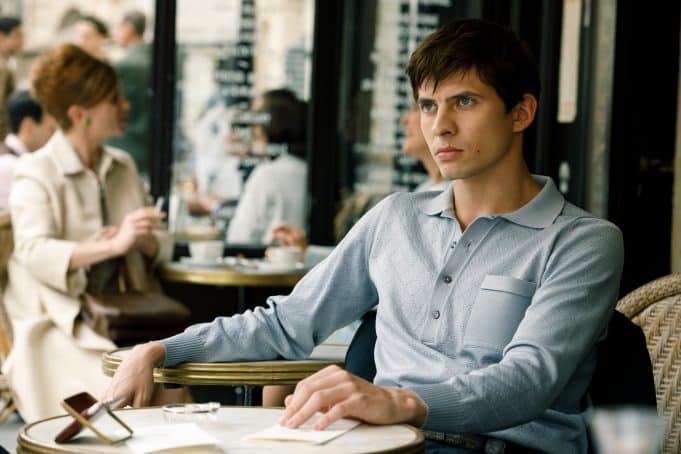 From February 14 through 21, the Mostly British Film Festival returns to the Vogue Theatre in San Francisco. This year’s festival features both new and classic films from English-speaking countries outside the United States — the UK, Ireland, Australia, India and South Africa.

The Mostly British Film Festival opens with The White Crow, directed by and starring Ralph Fiennes. His film follows Russian ballet legend Rudolf Nureyev from his humble beginnings in the USSR to his dramatic defection to the western world in 1961. Acclaimed Ukrainian dancer Oleg Ivenko plays Nureyev.

Australian actor Radha Mitchell will be interviewed in person by SFFILM executive director Noah Cowan. Mitchell appears in Celeste, and in Flammable Children, both shown on February 15th.

Maxine Peake is a star of British stage, screen and television. She will attend the Festival with her touching film Funny Cow (February 20th), in which she plays a stand-up comedienne in the 1970s. And Peake also has a pivotal role in the closing night film Peterloo, about the infamous Peterloo Massacre of 1819 (shown on February 21st).

Twenty-five years have passed since Charles (Hugh Grant) met Carrie (Andie MacDowell in Four Weddings and a Funeral. Grant is the charming perennial best man and MacDowell sparkles as the American woman with whom he falls in love. The festival will toast the happy cinematic couple at a champagne reception prior to the screening on February 16th.

The Festival pays tribute to three different royals onscreen. Cate Blanchett distinguished herself in Elizabeth (1998), during the early years of Elizabeth’s reign as the last Tudor monarch. The legendary Laurence Olivier directed himself in a portrayal of Richard III (1956), from the play by Shakespeare. Colin Firth received an Oscar for his portrayal of George VI, father of Elizabeth II, in The King’s Speech (2011). All are shown at the Vogue on February 18th.