Lynch curates the line-up himself which features artists, musicians, actors, and others who have been involved in his films and the television series Twin Peaks. Over the weekend the schedule features panel discussions, whimsical exhibits, galleries (typically including Lynch’s very own work), on-stage interviews, film screenings, short films, and, of course, lots of memorabilia and, as they say, merch.

Proceeds benefit the David Lynch Foundation. Also, given David Lynch’s passion for transcendental meditation and, in particular, bringing the idea — which encourages moments of quiet reflection — into disadvantaged schools in L.A. and New York, there’s discussions on the topic led by the foundation’s CEO, Bob Roth.

Any thing we do to someone else, we are, in effect, doing the same thing to our self.

So here we go…

Join Loin Stark as she heads to David Lynch’s Festival of Disruption and experiences transcendental meditation, the iconic RED ROOM from Twin Peaks, and an unexpected and historic cinematic milestone. 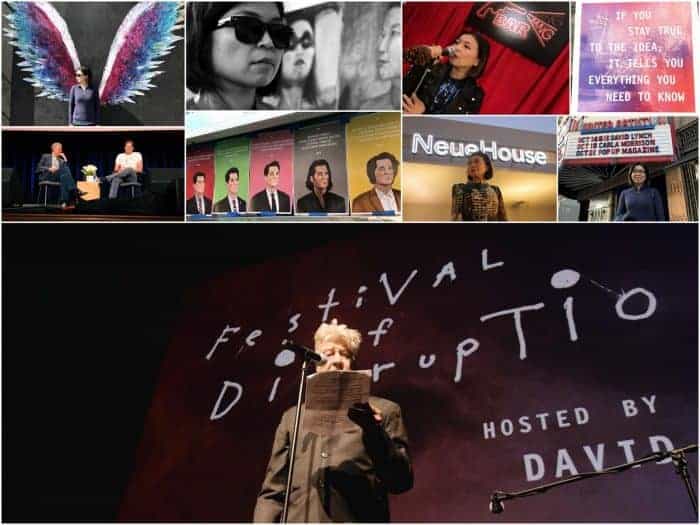 In order of appearance:

Stay tuned to Stark Insider as Clinton Stark shares his experience attending Festival of Disruption and what to expect should you decide to go.