Berkeley Repertory Theatre today took the wraps off its upcoming season. See below for all the details.

The Rep’s 2018-19 lineup, which will be the last under the leadership of artistic director Tony Taccone, features 6 shows and runs September 2108 through April 2019.

“Since I announced that this would be my final season, people have been asking how I’d like to commemorate that milestone in its programming. My answer is to keep doing what we’ve been doing — that is, to produce audacious work by masterful artists who have something to tell us,” says Taccone. “I’m thrilled that Les Waters and Mary Zimmerman, directors whose work I’ve been honored to champion over my tenure here, are among them — and I’m excited to bring artists like our commissioned playwright Jackie Sibblies Drury to our audience for the first time, and acclaimed creator Geoff Sobelle back to Berkeley Rep. I can’t imagine a more inspiring array of work to comprise my last season and Berkeley Rep’s 50th anniversary.”

My answer is to keep doing what we’ve been doing — that is, to produce audacious work by masterful artists who have something to tell us,

Society and race are in focus next in Fairview, directed by Sarah Benson.

For the holidays Berkeley Rep is staging a world premiere of Paradise Square, “a musical for America” with music and lyrics by Stephen Foster.

Next is Metamorphoses based on the myths of Ovid, followed by Geoff’s Sobelle’s Home. Berkeley Repertory Theatre’s season concludes at Peet’s Theatre with Denis O’Hare and Lisa Peterson’s The Good Book, directed by Lisa Peterson. 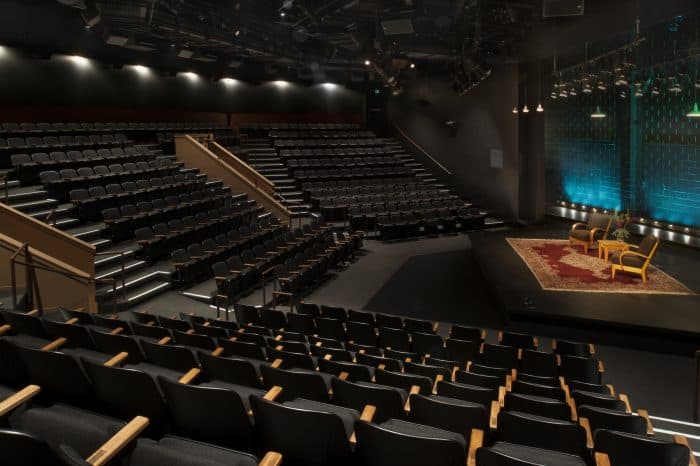 Paradise Square: A Musical for America

Based on the myths of Ovid
Written and directed by Mary Zimmerman
from the translation by David R. Slavitt
Co-production with the Guthrie Theater
Main Season – Peet’s Theatre
Starts January 2019

As always we at Stark Insider encourage you to subscribe to a season if you can, and support the local arts scene here in the San Francisco Bay Area — one that enriches all our lives, and helps to employ so many talented artists.

We hope to see you at the show!