Travel writer Janice Nieder is A Kiwi in Alabama. Part 2 takes us to Selma.

We woke up at the crack of dawn, for a final beach walk before driving to the “real Deep South”. In preparation for the next few days, I had sent Jules a list of books and films (Selma, To Kill A Mockingbird, Malcolm X, etc.) to check out for some background info.

While researching her list, I came across the following quote,

“Confrontation of good and evil compressed in the tiny community of Selma generated the massive power to turn the whole nation on to a new course” by Martin Luther King, March 25, 1965, so I thought it was only fitting that we begin civil right’s journey in Selma, the “Queen City of the Black Belt”. 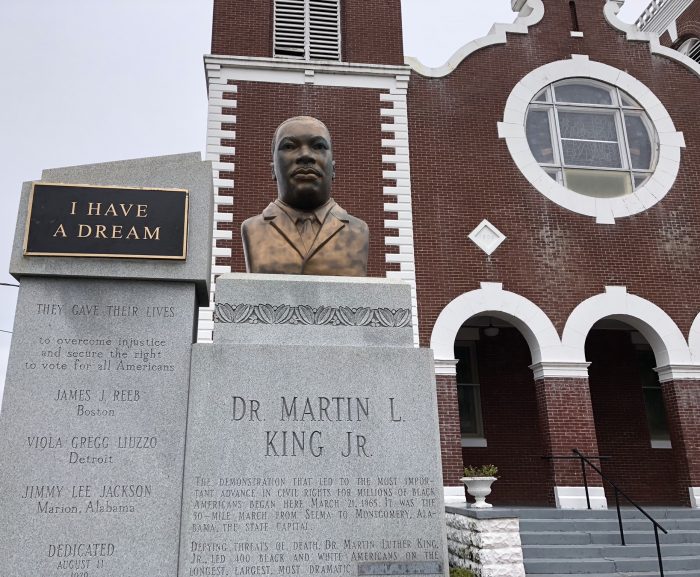 Dianne Harris, our incredibly knowledgeable Selma guide (after spending the morning with her I think she should be nominated as Queen of the Queen City!) was waiting for us on the steps of the Historic Brown Chapel African Methodist Episcopal Church. She quickly shooed us in so we could get a good seat for Sunday services.

Although Browns Chapel is an imposing work of architecture, built by a black architect, we were there mainly to honor its historical importance since not only did Martin Luther King preach here whenever he was in Selma. but it was also the starting place for the Selma-to-Montgomery Voting Rights March.

After a rousing service, Dianne took us to see the Edmund Pettus Bridge, the site where one of America’s most violent civil rights confrontations took place on March 7, 1965. This pivotal event, “Bloody Sunday” precipitated President Lyndon Johnson’s signing of the Voting Rights Act a month later.

The highlight of Dianne’s tour was visiting the Jackson House Museum. This National Register-listed bungalow was the home of Sullivan Jackson, an African American dentist who was active in the civil rights movement. This outwardly, nondescript home served as headquarters for the Southern Christian Leadership Conference where Dr. Martin Luther King, Jr., Rev. Ralph Abernathy, Rev. Andrew would meet to discuss important events such as Bloody Sunday and the 1965 March to Montgomery.

Dianne had arranged for Jawana Jackson, the charismatic daughter of Sullivan and Richie Jean, to take us on a very personal tour of her well-preserved family home, a cache of American history filled with original artifacts from The Voting Rights Movement, priceless books and century-old original oil paintings. However, the most invaluable part was hearing stories that Jawana shared about her early childhood here. During our lunch (we ate at the same table where Martin Luther King and Ralph Bunche shared their dreams of achieving civil rights through peaceful demonstrations) Jawana reminisced how when she was 5 years old, she would make mud-pies for “Uncle Martin” who she remembers as a lovely, caring man who always made time for her.

She showed us her blue and gold bedroom, strewn with dolls, which she happily loaned to King for several months while he was planning the Selma march.

“Wait, she exclaimed, “Don’t look yet. It’s missing something.”

She quickly rummaged through the closet producing the finishing touch, a neatly-folded, plastic-wrapped pair of his pajama’s, “since he was always forgetting to take them with him!”

As we walked into another room, where King often sat to write his famous speeches, Jawana stopped, dramatically pointing out an old-fashioned rotary phone that King used for making private calls to President Johnson to discuss voting and other civil rights issues. 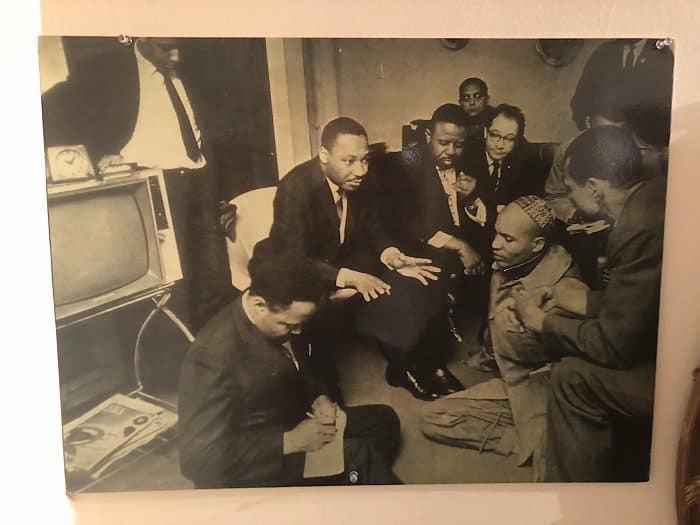 We ended up back in the living room, where an overstuffed chair was perched in front of a squatty tv. My eyes flickered back and forth from this commonplace setting to a Life magazine Jawana handed me. The magazine’s cover featured the exact same view, with the addition of MLK sitting in the chair as he watched LBJ call for new legislation to guarantee every American’s right to vote. It was wonderfully surreal.

Unfortunately, we had to cut our tour short because we had to drive to Camden, where we were staying at what we thought was a casual lil’ B & B that night. It turned out (with absolutely no complaints from me) that our accommodations were at Liberty Hall B & B, one of the most intact antebellum mansions in the Black Belt region. We were a slightly awestruck as we gazed at the impeccable Greek Revival plantation home, surrounded by gardens, ponds and ancient Magnolia trees, and filled with museum-worthy family heirlooms.

We felt like we should have we dressed up a bit, but after meeting the delightful owners, Dudly and Julia, (Julia is a 5th generation descendant of John Robert McDowell who built the home in 1850) who were surprisingly hardworking and unpretentious, and, un-surprisingly (this is the South after all) warm and gracious, we immediately felt right at home!

We spent an hour touring the rooms, as Julia regaled us with mesmerizing stories about the complicated family history, however, the portraits of her ancestors, hung throughout the mansion, served as cheat-sheets. 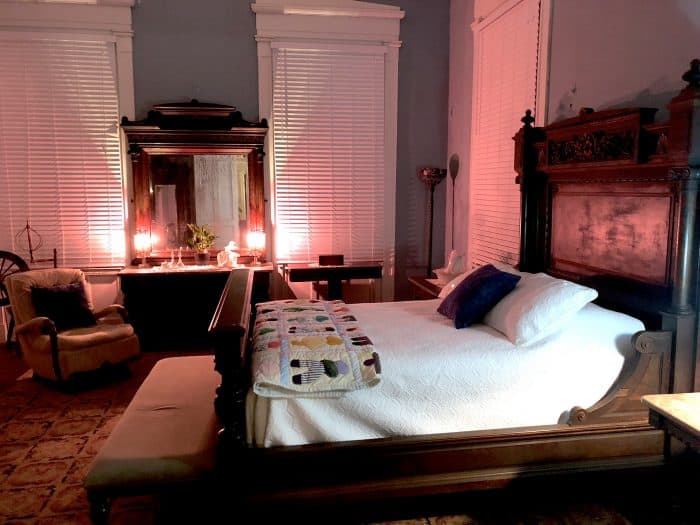 I felt very Scarlett Ohara-ish as I climbed into my antique sleigh bed laden with a pile of hand-stitched quilts, particularly after discovering a secret stairway behind my closet door that led up to the nursery.

We loved waking up to a delicious full- southern breakfast, courtesy of Dudly, complete with homemade strawberry-figgy jam to slather on our steaming hot biscuits.