It’s been less than a year since the U.S. election, and theatergoers are surely already tired of plays that tackle authoritarianism. While Camus’ State of Siege (presented by Cal Performances and performed by the touring French company Théâtre de la Ville) fits into that category, it’s different enough not to feel overdone. Camus shows us a Spanish city whose bad government is replaced by a worse government. Fear lets fascists flourish. Théâtre de la Ville renders that fear vividly, in a production full of striking images and weighty phrases.

The city’s Governor (Pascal Vuillemot) is a self-seeking bon vivant. Constant lies fuel his power. Still, it’s hard not to laugh at his transparent cowardice, his commitment to well-combed hair, and his disappointment that the plague outbreak interrupts his hunting plans. (Read “golfing” for “hunting” to modernize the portrait.)

The production, directed by Emmanuel Demarcy-Mota, is atmospheric and visceral.

A plague outbreak soon makes the old government seem positively benign. The Plague personified (Serge Maggiani) squirms out from under the black tarp that covers the stage, accompanied by his secretary, Death (Valérie Dashwood). They pressure the Governor into resigning in their favor. Their new regime is nightmarish and Kafkaesque. The convoluted bureaucracy is darkly funny: citizens must acquire certificates of existence in order to prove their right to continue to exist, but those require certificates of health, which in turn require certificates of existence… Everyone must wear either Plague’s badge or “the badge of those who refuse to wear the badge.” Those suspected of dissent get a mark in Death’s book. A second mark means infection; a third, removal. Plague’s government thrives through division and fear: “Our goal here is that no one understands each other while speaking the same language.”

In the midst of this horror, we follow two young lovers, Diego and Victoria (Matthieu Dessertine and Hannah Levin Seiderman). They are terrified by the possibility of disease and death, and they alternately cling to each other and push each other away in their fear. Diego is driven to threaten and hurt others—including Victoria and her family—in his bid to escape his doom. When he is infected and dying, he finds his strength and defies Death. Death loses her hold over him and reveals her secret: she has power only where there is fear. Diego prods the people of the city to courage. In a final bid to maintain control, Plague offers him a terrible choice: abandoning the city for life with Victoria, or losing his love to save the city.

The production, directed by Emmanuel Demarcy-Mota, is atmospheric and visceral. Camus’ script can get so weighed down by absurdism and metaphor that it descends into nonsense, but that never stops Demarcy-Mota from lending it feeling. Plague-frightened citizens don gas masks crossed with 17th-century plague doctor masks. Death claims her first victim by tearing a page from her notebook and burning it in her hand. When Death and Plague begin random purges, their victims are unceremoniously tossed off the stage’s upper level, clattering loudly to the ground below. Even more than the staging, it’s the ensemble work of Théâtre de la Ville that keeps the play exciting. This company speaks and moves as one. They can match each other’s stillness and silence, and they can deliver lines one after another so quickly there’s no room for silence. 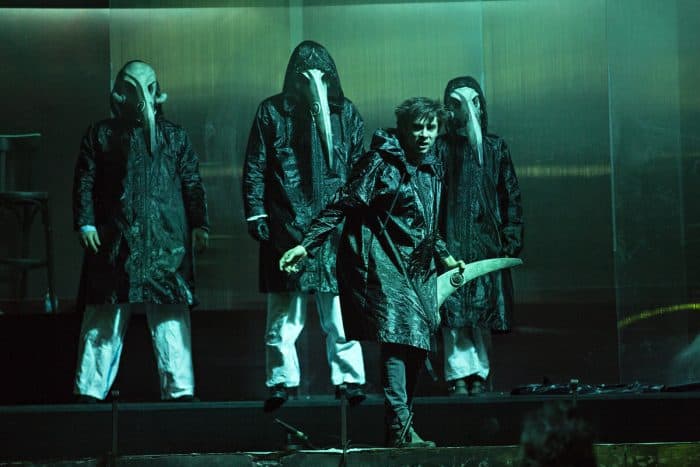 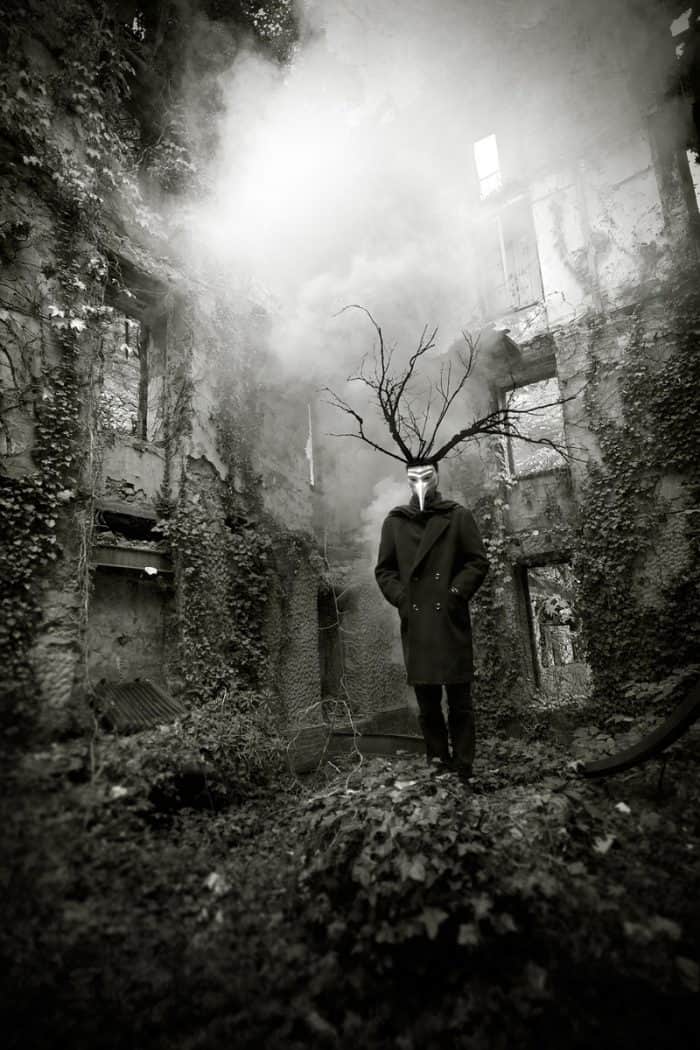 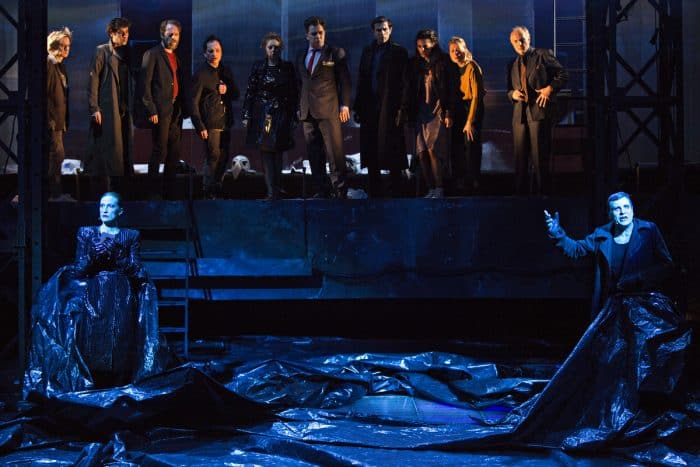 State of Siege offers morals as well as drama. The character of Nada (Philippe Demarle) serves as a warning: the nihilist who is cynical of everything is easily drawn into the authoritarian machine. Diego, in contrast, is an example—not of great personal heroism, but of an ordinary, scared person who determines to defy tyranny and reclaim his freedom. The play ends with a call for madness. The only way to overcome the “logical” bureaucracy of fascism is with human illogic, with “far-seeing madness” built on “immense hope.”