How I Learned to Drive

Playwright Paula Vogel has been in the news a lot recently. She made her (shamefully overdue) Broadway debut with Indecent, which was nominated for the 2017 Best Play Tony. She started a national conversation around producers’ and critics’ biases when it comes to financing and reviewing plays by women and people of color. But Vogel’s name should be in Bay Area residents’ ears not only because of discussions in New York and online, but because we’re experiencing a welcome flood of her plays. Magic Theatre presented Baltimore Waltz in March. The Mineola Twins opens next week at The Cutting Ball Theater. How I Learned to Drive is currently on the stage at Custom Made Theatre Company. The play—a series of memories about the romantic and sexual relationship between a teenage girl and her aunt’s husband—is at once troubling and reassuring, depressing and heartening.

Who knew a show about incest and pedophilia could be so funny?

Who knew a show about incest and pedophilia could be so funny? How I Learned to Drive gives its subject due weight, but it doesn’t shy away from humor. Li’l Bit introduces her topic by harkening back to a time before she knew that “pedophilia did not mean people who loved to bicycle.” We learn right away that her family assigns nicknames based on genitalia. The monologues about drinking like a lady—delivered with the confidence of experience by Valerie Fachman—are hilarious highlights. Grandmother’s oversized personality and outspoken opinions about her husband (and men in general) provoke chuckles, especially coming from the young and spirited Gianna Digregorio Rivera. The Greek Chorus gives the play a bouncy 60s soundtrack (sung in excellent harmony), at one point stopping mid-fight to tune up a barbershop-style trio.

Director Katja Rivera cleverly keeps the early scenes hands-off, lessening the horror of Uncle Peck’s initial advances. The play jumps around in time, interspersing driving lessons with slices of family life. By the time we see Uncle Peck molesting eleven-year-old Li’l Bit, our sympathies are already engaged. As played by Eric Reid, Uncle Peck is so caring, so damaged, and so obviously struggling that it’s impossible not to pity him even as we condemn his actions. 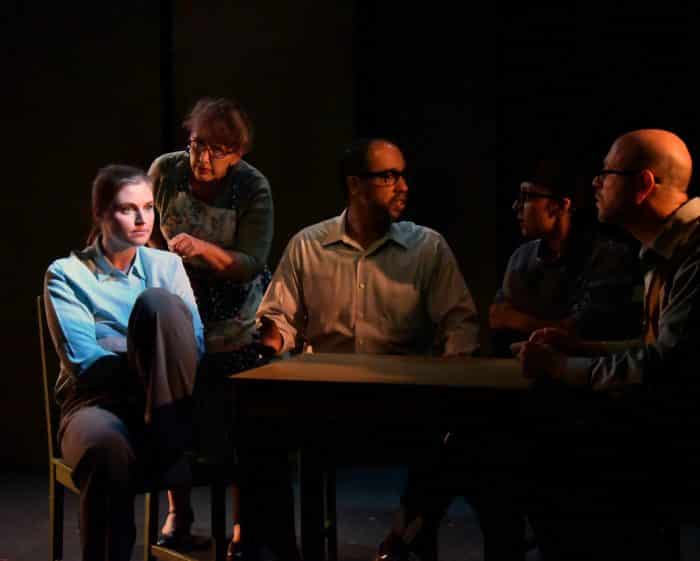 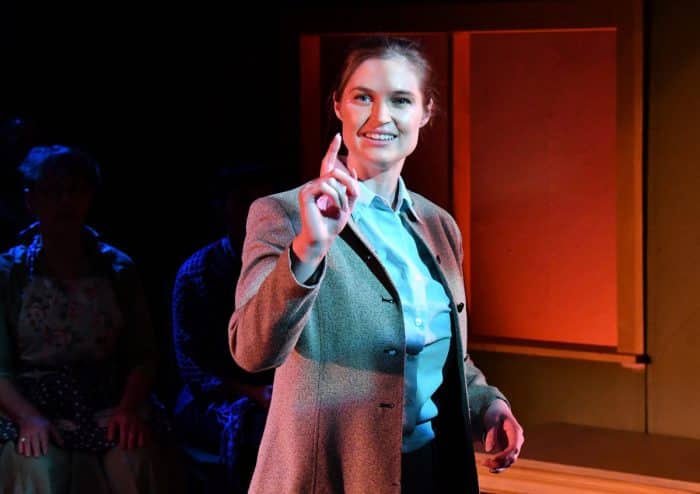 Amanda Farbstein delivers a commanding performance as Li’l Bit. She’s especially funny as a gawky middle schooler, scared to dance because her boobs will jiggle, and as a terrified teenager taking in her grandmother’s description of sex. (“It hurts! You bleed like a stuck pig!”) Her discomfort in her interactions with her uncle is palpable—but so is her love for him. It’s easy to understand why she thinks she can save him, offering her presence in exchange for his sobriety. At the end of the play, she conveys anger and bitterness, but also a soaring sense of freedom. That doesn’t make this show happy, but it’s oddly uplifting in its sadness.

How I Learned to Drive