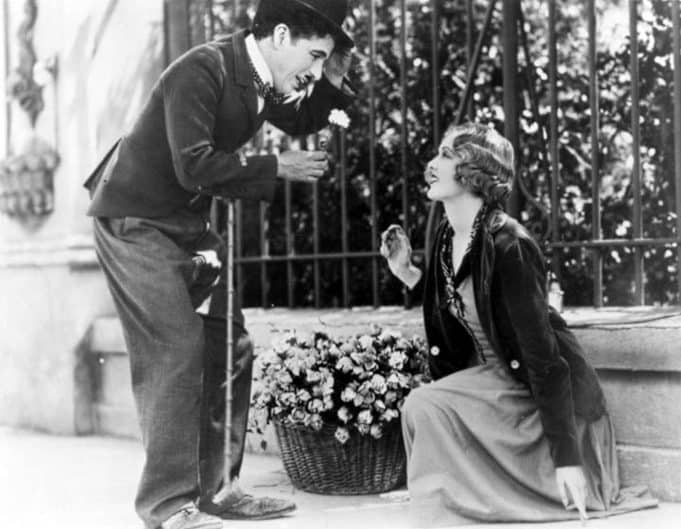 Organizers are dubbing it “a not-so-silent movie night.”

Indeed, it’s hard to imagine a more fitting way to screen one of the silent film era’s most famous films.

The Sonoma County Philharmonic will perform the original orchestral score (which was composed by Chaplin himself).

Gundlach Bundschu winery is the oldest continuously family-owned winery in California, dating back some 150 years, and is located at the junction of three appellations: the Sonoma Valley, Carneros, and Napa Valley.

We’re told the performance is believed to be the first time that Chaplin’s last great silent film, regarded by many as one of the finest movies ever made, has been performed with live orchestra in the Bay Area. 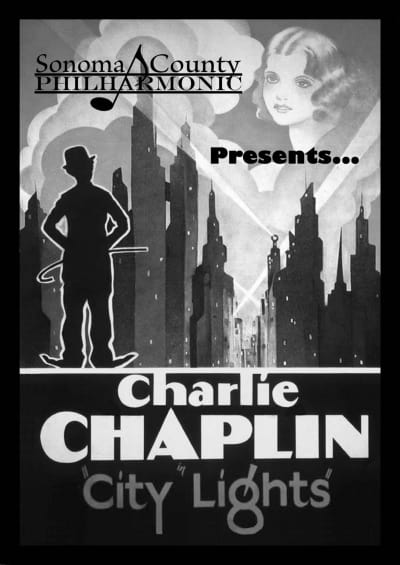 City Lights, subtitled A Comedy Romance in Pantomime, is generally viewed as Charlie Chaplin’s finest film – a silent film released three years after the start of the talkies era. The movie, a combination of pathos, slapstick and comedy, was a tribute to the art of body language and pantomime and a lone hold-out against the assault of talking pictures. Today, many critics consider it not only the highest accomplishment of Chaplin’s career, but one of the greatest films of all time.

Chaplin paid great attention to the live music played at the first runs of his silent films. In 1931, he astonished the press and the public alike by composing the entire musical score for City Lights. The premieres of the film were among the most brilliant the cinema had ever seen. In Los Angeles, Chaplin’s guest was none other than Albert Einstein. In London, Bernard Shaw sat at his side. City Lights was a critical triumph.

Mark your calendar for June 24 — that’s when you’ll want to head up to Sonoma for a very special evening.

Doors open at 7:00pm, with tickets at $75 per person. The movie begins at sunset.

Needless to say, this sounds like an unbelievably good time.

Stark Insider hopes to see you on location at Gundlach Bundschu Winery!