The evolution of smartphones has put some of the world’s most advanced technology into the hands of consumers. But as a smartphone user, the plethora of technological jargon that comes with our connected devices can get a bit confusing. Questions from, “Are you on 4G or 3G or LTE?” and “What network does your phone support?” to “Does your carrier offer unlimited data?” begin to swirl in the air. Those who aren’t sure what the answer is, are not alone.

Here’s a breakdown of what 4G and LTE actually mean and why it’s important to know as a consumer.

To put it in perspective, it is an upgraded version of 3G, which is now an older, less sophisticated and slower network to rely on.

The creation of 4G connection has allowed smartphone and tablet users to stream videos seamlessly with no buffering necessary. It also allows for quicker download times and the ability to have video calls without any lags. 4G users experience internet speeds up to 100 Mbps (megabits per second) and while 5G connectivity is on the horizon, it is currently one of the most advanced modes for internet connection.

“True 4G” offers download speeds up to 1 Gbps, but the actual availability of it varies based on location. 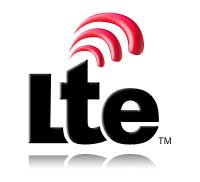 LTE stands for “Long Term Evolution” and is considered a 4G technology. LTE technology reaches around the standard 100 Mbps. It’s considered an upgraded version of 4G since it enables more stability and higher capacity of internet—it’s essentially the purest form of 4G.

LTE stands for “Long Term Evolution” and is considered a 4G technology.

Collectively speaking though, 4G and LTE are not so different. LTE devices are compatible with 4G devices and vice versa. For sake of marketing, note that “4G LTE” essentially refers to LTE since it’s the latest version within the 4G network.

How does 4G and LTE affect consumers?

Whether or not it’s 4G or LTE, the type of data network consumers connect to directly affects smartphone performance. As fast as these connective technologies are, the actual implementation of the actual LTE network still has a lot of work to go. Telecommunication providers are still working to expand their network coverage maps so choosing the right carrier matters.

When consumers are looking for the best options for mobile services, network coverage should be a top factor. Carriers like T-Mobile have made a point to expand their 4G LTE coverage. At the same time, the provider continues to push the theme of unlimited data in many of their services plans—and the continuing 4G LTE network coverage expansion works to back-up these offerings. Consumers also should look to see if their actual smartphone can support a 4G LTE network. If using an older device that only supports 3G, there is a noticeable difference. At the same time, if the home area doesn’t currently have 4G LTE network coverage with a service provider then consumers may not even want to bother investing in a new device.

It’s ultimately up to the consumer to decide what smartphone, provider and network works best for personal communication needs. But with technology rapidly advancing, it’s important to understand that the older the technology the less compatible it will be with the growing connectivity networks.

Momentum is moving forward and 5G technology is on the horizon for mobile users.

Momentum is moving forward and 5G technology is on the horizon for mobile users. It’s expected to provide internet connections of at least 40 times faster than the standard 4G LTE networks—a massive leap. There is still time though until that transition happens. For now, just know that 4G, LTE and 4G LTE can sufficiently provide some of the most reliable and fastest connective technology today. So long as there’s a fitting mobile carrier and a device that supports the network as well as network area coverage, smooth connection is readily available to consumers. That is, until the next generation appears.

Learn More about 4G and LTE: