Five for Fighting and Rodrigo Y Gabriela will headline the next edition of the Yountville Live music, food and wine festival.

Mark your calendars for March 16th through the 19th. The festival will take place in and around the town of Yountville in the heart of the Napa Valley.

This being Napa, of course, expect also copious amounts of food and wine.

Taste “includes customized programs and activations from our partners at the V Market Pavilion, some of Napa Valley’s most revered wineries at the Wine Pavilion, an exclusive beer garden and live chef demonstrations at the Culinary Pavilion, and live musical performances at the North Yountville Pavilion, making this the must see center of attention during Yountville Live. 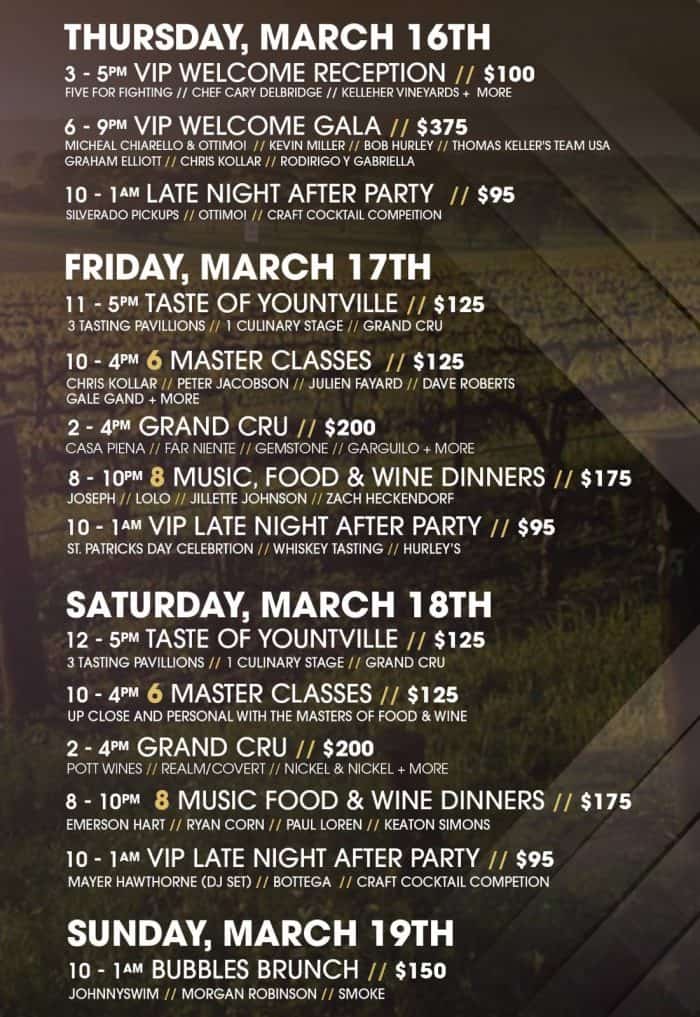 For the full schedule see the Yountville Live web site.

Stark Insider hopes to see you in Napa Valley!