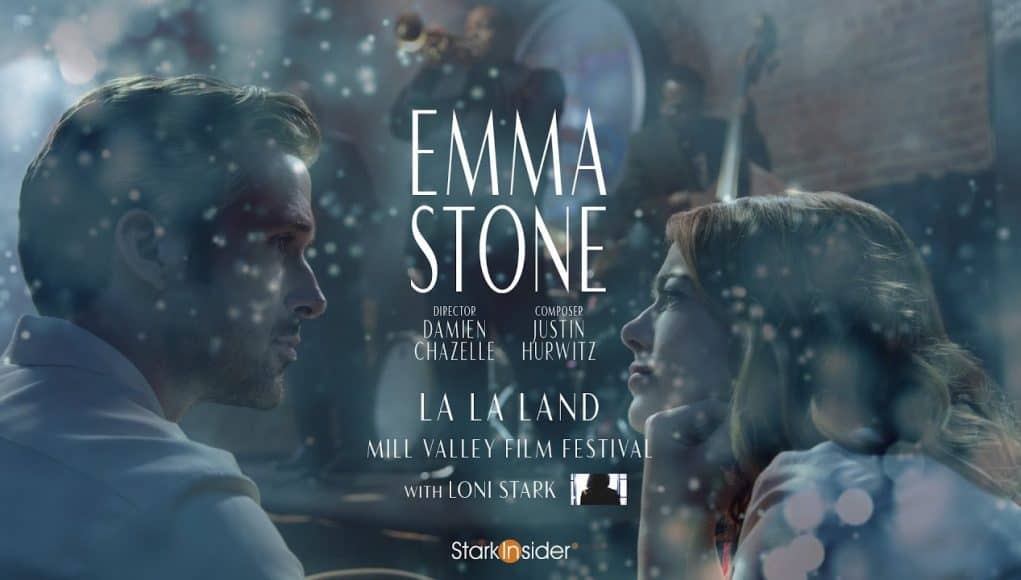 “I didn’t even know he could dance.”

That was actress Emma Stone talking about her dashing co-star Ryan Gosling. Turns out that, yes, they both can dance — exceptionally well.

News broke today that La La Land had done what a lot of critics were forecasting: dominated the 2017 Oscar nominations.

Although Emma Stone literally reaches for the stars in Damien Chazelle’s wonderful musical, she’s apparently still as grounded as ever.

The Arizona native was in town recently to chat about La La Land. Watch as Emma Stone is joined by director Damien Chazelle and composer Justin Hurwitz at the premiere at the Mill Valley Film Festival in San Francisco. There, Loni Stark of Stark Insider catches up with the trio to learn about some of the magic behind the film that is stealing hearts in this year’s awards season.

After the 2017 Academy Awards there could be even more dancing for the cast and crew of La La Land.