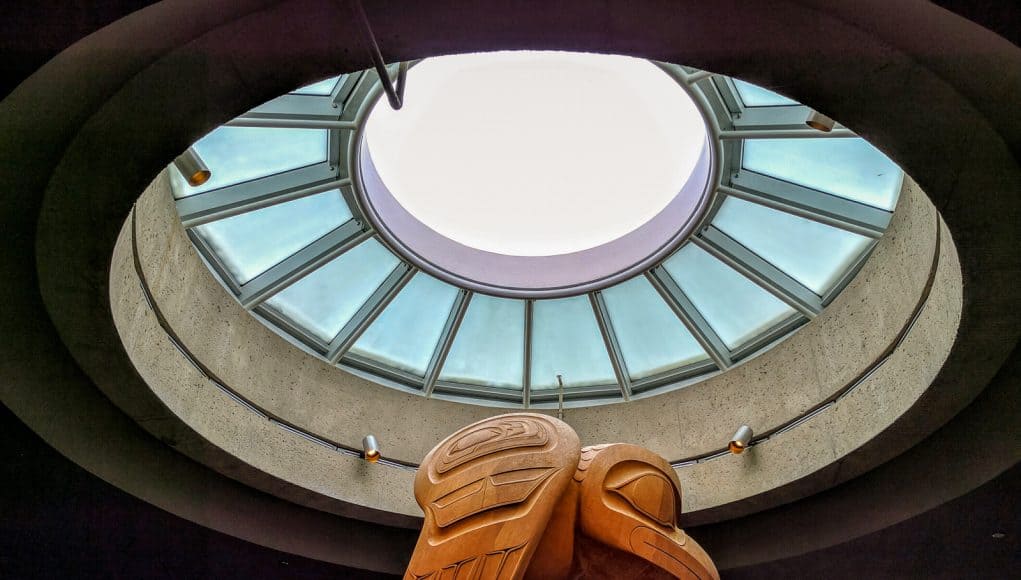 Yes, it was raining. But, no, that did not stop me from visiting the stunning, cultural gem known as the Museum of Anthropology at UBC.

Located on the expansive grounds of the University of British Columbia (the property lies on University Endowment Lands west of Vancouver, Canada), the MOA is a must-see if you find yourself touring the area.

I expected the place to be impressive. But I was truly blown away by my visit. Not only by the lovely architecture of the buildings themselves, and, of course, the beautifully preserved artifacts, but also the volunteers — their passion truly showed, and it made the learning process and discovery that much more enjoyable, even contagious. 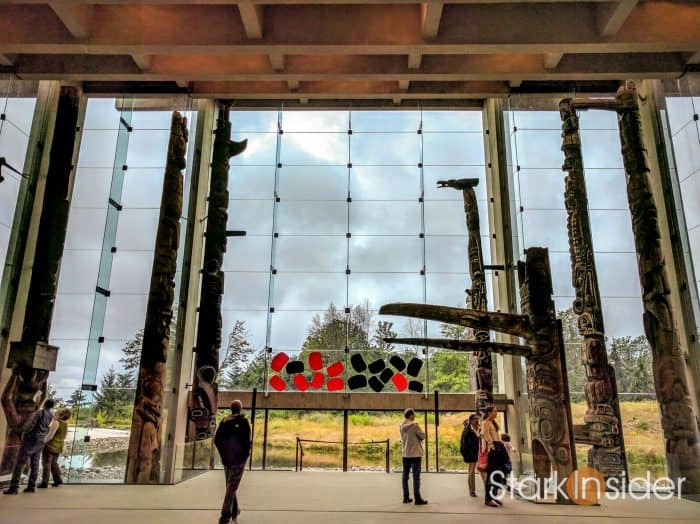 As storm clouds loomed above, I made my way from the main lobby into an airy hall that houses carved figures, and along the floor to ceiling glass at the rear, totem poles, some that reach 40-feet into the air. Towering above me, you could not help but feel captivated by the hearts and minds of the First Nation people.

If you go, be sure to meet up for any of the scheduled tours. The guides (volunteers) are, as I mentioned, superb. You can’t help but come away smarter, entertained and inspired for the experience.

On the first tour, our guide made sure to spend ample time on the center piece of the museum. Bill Reid’s iconic sculpture “The Raven and the First Men” took two years to complete and was dedicated in 1980. Made of gorgeous yellow cedar, the piece was even depicted on the Canadian $20 bill from 2004-2012. Per the Bill Reid foundation, “In Haida culture, the Raven is the most powerful of mythical creatures. His appetites include lust, curiosity, and an irrepressible desire to interfere and change things, and to play tricks on the world and its creatures.” An interesting creature to be sure — and Bill Reid’s work captures its essence magically. To see this in person is to truly feel moved.

There’s plenty to see and do at the MOA, and on this day the place was swarming. School children, students, teens, seniors and just about anyone and everyone had come here to learn about an important part of our heritage and culture.

Fortunately, there’s an on-site cafe for a quick energy boost, and nearby lockers are a perfect place to store your backpacks and rain gear. All told, we spent about two hours at the Museum of Anthropology, though I could’ve easily spent twice that amount of time, and probably still not even have taken in half of what was on offer.

Much about Canada I miss, and cultural gems like the MOA at UBC is a shining example of what makes this country and its people so remarkable.

Need to Know: MOA at UBC 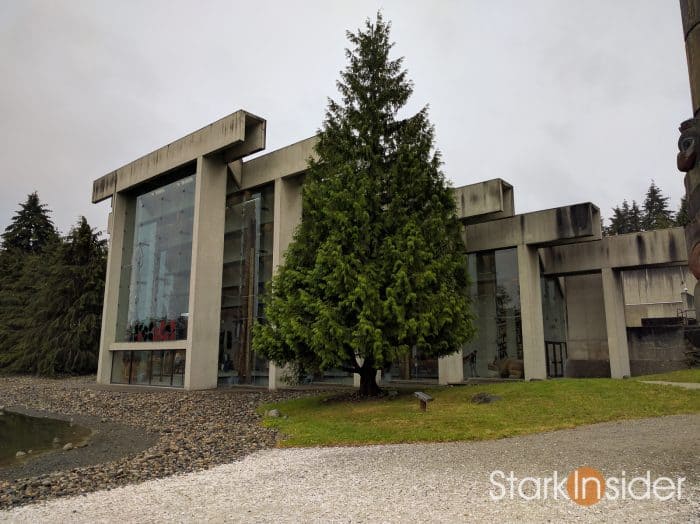 IN PHOTOS: Museum of Anthropology at UBC