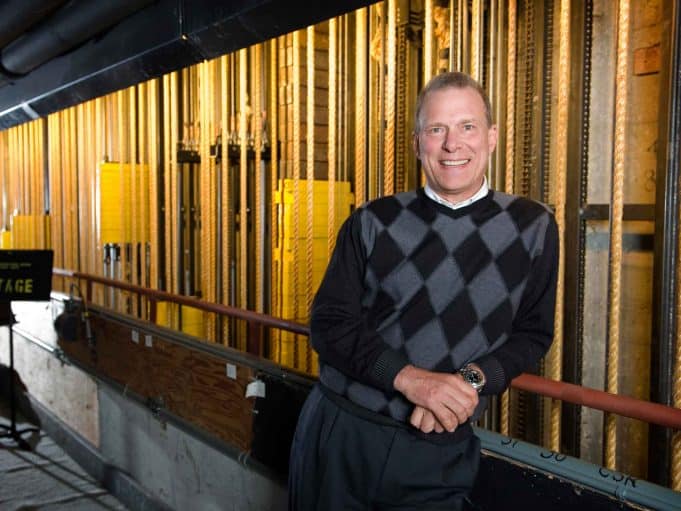 After ten years as the general director of San Francisco Opera, David Gockley is retiring. To chronicle his contributions to American opera would take a book, not a blog post (and in fact there is one). But the Celebrating David! gala concert on Thursday night focused on two of his biggest achievements: expanding the operatic repertoire and nurturing promising talent.

Nineteen of the world’s best singers and four top-notch conductors took the stage and podium to pay tribute to Gockley with music ranging from Handel to Adams. World premieres commissioned by Gockley during his time in Houston and San Francisco (Nixon in China, Two Women) were featured, as were older works that he re-introduced to American audiences (La donna del lago, Porgy and Bess). Frederica von Stade and Thomas Hampson proved charming and flirtatious hosts, and superstars Placido Domingo, Joyce DiDonato, and Cecilia Bartoli called in messages of thanks and congratulations from abroad.

The entire evening deserves critical acclaim; picking favorites seems almost arbitrary. I was particularly impressed by tenor Michael Fabiano’s devastating “Quando le sere al placido,” an aria that stole the show when he sang it in Luisa Miller this past fall. His voice has only grown in power and color since then. The first half of the night also included a gorgeously lyrical “Ain’t it a pretty night” (Susannah) by soprano Ana María Martínez and dizzying coloratura from soprano Heidi Stober and mezzo Daniela Mack in “Da tempeste” (Giulio Cesare) and “Tanti affetti” (La donna del lago), respectively.

The drama picked up after intermission. Bass René Pape had the audience in stitches with “Son lo spirito” (Mefistofele), using his eyebrows, hands, and falsetto to great comedic effect. His repeated attempts to whistle gave soprano Patricia Racette quite the coup when she strode on for her aria (an understated and very touching rendition of “Bill” from Showboat) and succeeded where Pape had failed. The Intermezzo from Two Women offered the San Francisco Opera Orchestra an opportunity to show off their expressive playing, with silky solos from oboist Mingjia Liu and flautist Julia McKenzie.

Michael Fabiano and Nadine Sierra presented the most fully staged scene of the evening, “Toi! Vous! N’est ce plus ma main?” from Manon, with sizzling chemistry. (The long kiss at the end didn’t hurt!) “I can smell the sea air” from A Streetcar Named Desire was soprano Renée Fleming’s fourth and best piece, making full use of her voice’s range and texture. Composer Andre Previn wrote the role for her, and it fits perfectly. Mezzo Sasha Cooke, replacing an ill Susan Graham, was a commanding and tragic Dido in “Adieu, fière cité” from Les Troyens.

All of the singers had worked with Gockley during his career, and most of them got their professional starts in Houston’s Grand Opera Studio or San Francisco’s Adler or Merola young artist training programs. It’s appropriate that the evening ended with “Make our garden grow” from Candide, sung by a sextet of current and former Adler Fellows. It was both a nod to Gockley’s role in growing today’s stars and an imperative for the future of San Francisco Opera.