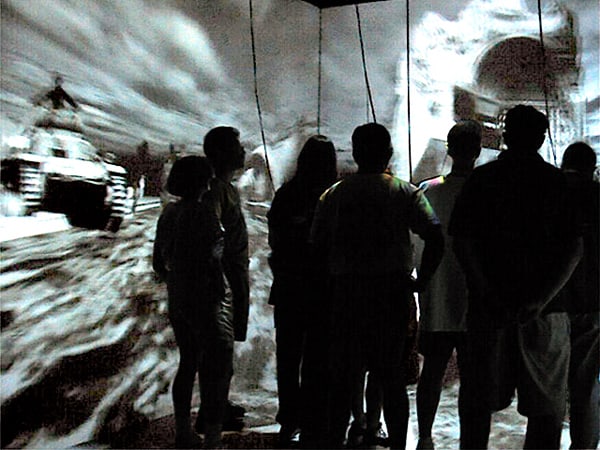 As has been long predicted, this is the year that virtual reality (VR) is coming into its own. Whether that means 2016 will see huge leaps in technology or big jumps in adoption, VR is here to stay. The high demand for the Oculus Rift may fuel mass market virtual reality or the low-to mid-priced players in the VR space may lead the way.

Right now high-priced options like the Oculus Rift and the HTC Vive are playing second fiddle in the hands of consumers to less expensive mobile VR systems. Samsung Galaxy S7 preorders recently shipped with a free Gear VR headset and six games – not a bad choice considering the Galaxy and Gear VR have graphics capabilities driven by the Snapdragon mobile processor.

The value of VR in live theatre hasn’t yet been expressed in dollars but the benefits to art and music lovers are clear.

And more than 5 million people are already using mobile VR systems to explore pioneering content. In some cases, high tech is giving way to garage tech as in the case of Google’s cardboard specs that let DIYers create their own low-tech headsets. The New York Times even sent subscribers free branded Google Cardboard kits, likely introducing a whole new demographic to the possibilities of VR.

Among those possibilities are manifold opportunities for VR to impact not only cinema but also live theatre. Pairing virtual reality with live performers lets people experience authentic moments and real emotional connections like never before and companies like Universal Music Group, iHeartMedia Radio, Oculus and Samsung are exploring the boundaries of real world art and VR.

Here are three ways artists, content curators, and technology companies are coming together to bring theatre and other live arts to more viewers.

Several organizations are using virtual worlds to create live theatrical performances. New Media Arts’Avatar Repertory Theater is a VR theatre troupe that produces small-scale live immersive events for virtual reality platforms. The actors they use have a fair amount of stage experience and because New Media Arts uses avatars, the performers can stretch their skills beyond the roles they’d normally be typecast into. “You’re being judged by what you say — a pure essence of who you are,” Avatar Repertory Theater actress and director Madame Underhill told a monthly documentary series called The Drax Files: World Makers.

The immersive world of Mr. & Mrs. Dream is another take on the intersection of virtual reality and theatre. In this virtually enhanced show, a mobile setup of screens and projectors becomes the backdrop for a performance that features live dancers and digitally generated images. Viewers are seeing virtual images but don’t need to wear headsets or special glasses thanks to virtual reality tricks designed to convey depth and dimension.

Fandom in a Virtual World

And then there are the companies who are looking to bring high profile live performances to a broader audience using VR. iHeartRadio and Universal Music Group have partnered to develop a virtual entertainment environment that would let fans of actors and musicians connect via virtual performances. With a VR headset, fans will be able to experience concerts and other events from anywhere in the world.

The value of VR in live theatre hasn’t yet been expressed in dollars but the benefits to art and music lovers are clear. Performances that would otherwise be out of reach because of location or ticket price or exclusivity will become accessible to anyone with a VR headset. New frontiers for actors and musicians will open – what can one accomplish as an artist when one isn’t limited by physics or by time? On the virtual stage anything is possible and it’s already easy to see that artists’ imaginations will be the only limiting factor.