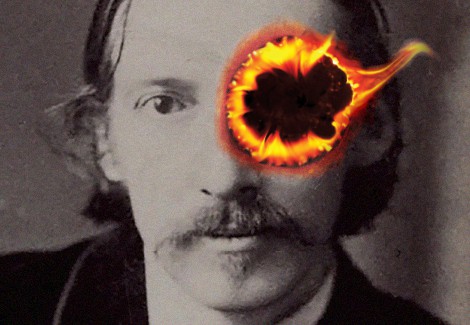 Central Works New Play Theater in Berkeley has revealed its 2016 line-up. Organizers tell us they will continue to focus on new work “drawing from history, literature and events in our contemporary world that affect life as we live it.”

The Central Works 2016 Season opens with the Oedipal family drama Totem and Taboo by David Weisberg, (February 20 to March 20), developed in the Central Works Writers Workshop.

Closing the season, Into the Beautiful North, a new play by Karen Zacarias (the first playwright-in-residence at the Arena Stage in Washington, DC), and based on the novel by Pulitzer Prize finalist Luis Alberto Urrea. Into the Beautiful North is inspired by the classic Hollywood western The Magnificent Seven. A National New Play Network Rolling World Premiere (October 15 to November 13).

On a side note regarding theater in Berkeley: We’re saddened to hear that the long-running Impact Theatre in Berkeley is closing this summer. Hopefully that team will find a new venue, and budget to stage their innovative, creative works.

Inspired by Freud’s famous book of the same title, Totem and Taboo. This grand epic concoction mixes together elements of farce, surrealism, theater of the absurd, family melodrama, and classic situation comedy. Ralph used to be a university professor.  Now he’s a pill-popping, stay-at-home “house husband,” raising a 17-year-old son with his wife, Alice, a genetic biologist.  When a drug-induced hallucination lands him in a real-life episode of The Honeymooners—with cannibalism—Ralph’s world spins out of control. A hectic, wild, utterly ridiculous, deadly serious, Oedipal family drama.  Directed by M. Graham Smith. World Premiere #50: From the Central Works Writers Workshop.

On a stormy English seacoast, “Louis” wakes from a terrifying fever dream. Finally, the author of Treasure Islandbelieves he has the idea for a new novel that will allow him to fully realize his literary ambitions. It has come to him from the deep unconscious recesses of his mind, fully formed, as a dark, awful dream. His wife, Fanny is horrified by the dark metaphor of the monstrous tale, and fearful of the scandalous revelations it contains about her husband. Louis is passionately committed to pursuing “the truth” in his writing, no matter what the consequences. All hangs in the balance if Louis gives himself over to Dr. Jekyll and Mr. Hyde.

A small Southeast Asian island is visited by a a team of corporate negotiators intent on expanding a palm oil plantation. When a company rep goes rogue and joins the local rebel resistance, Viola Wells takes charge as Lead Negotiator. While fending off the unwanted advances of a corporate teammate, “Vi” must come to terms with the true nature of her employer: multinational conglomerate, Empire Holdings, Ltd. Unrequited love meets unregulated capitalism in Hearts of Palm.

Based on the novel by Pulitzer Prize finalist Luis Alberto Urrea,Into the Beautiful North is inspired by the classic Hollywood western, The Magnificent Seven.  Young Nayeli leaves her home in a sleepy little seaside town in Sinaloa, Mexico, with her two best friends. They are determined to go north, on a bold quest, across the border, to bring back seven Magnificent Mexican Men to defend their town from drug dealers and corrupt policemen. The epic journey takes the small band of intrepid adventurers from Mexico, north to San Diego, and finally, of all places, to Kankakee, Illinois. A National New Play Network Rolling World Premiere in partnership with Milagro Theatre Portland (OR), San Diego Repertory Theatre (CA), and 16th Street Theater (IL).