The opening ‘waterlogue’ (that’s a water-themed monologue) of the sixth night of the fifth Olympians festival is a celebrity-gossip-style ‘who’s who’ of the Argo’s crew. Thank heavens. Most of the audience probably knew Orpheus and Heracles, but what about Peleus? A hint: a generation later, ‘everyone was talking about [his] son Achilles like it was the second coming of someone who hadn’t shown up yet.’ The whirlwind introduction to the characters, delivered by Allison Page with impeccable comedic timing, is helpful but insufficient. Several of the eight ten-minute pieces are funny, and much of that humor depends on mythological references. So to attendees of future nights of the festival, I have one piece of advice: read up on your mythology. 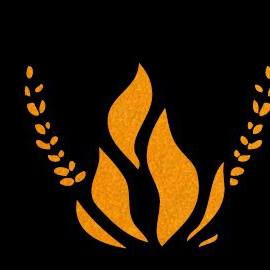 The best reference is in Steven Westdahl’s ridiculous “Atalanta.” As a Segway tour of Atlanta passes a statue of the huntress, a young girl wishes it alive. A Japanese tourist raises his iPhone to snap a photo, and Atalanta haughtily demands what weapon he is threatening her with. “An Apple,” he mutters, tossing the phone at her feet and turning to flee. Atalanta insists that she’s been defeated by magical, shiny apples before and shoots him. It’s a strange, gag-filled opener for the night; Westdahl impresses more as the director of all eight pieces than as the playwright of this one.

Because the festival accepts plays based on proposals rather than finished manuscripts, the plays vary in both style and completeness. Laylah Muran’s ‘Telamon,” about a hotshot journalist who committed fratricide in his youth, has a fun suspenseful structure that slowly reveals more and more of Telamon’s past and present situation. Some clunky phrasing and a blocking-dependent climactic ending (not ideal for a staged reading) make it clear that it’s still a work in progress.

Megan Cohen’s “Orpheus,” in contrast, seems fully realized. It’s a simple, poetic, modern-language retelling of the myth: “Orpheus made the most beautiful music in the world. And Eurydice didn’t. It was fine, though. They loved each other. Because reasons.” The two actors wave sheets of paper to communicate through music. Orpheus’s music is so beautiful, it softens Hades’ stony heart—creates “a little mosh pit in Hades’ chest”—when Orpheus descends to the underworld to retrieve his beloved. The lights go black the moment Orpheus, concerned by a sudden, loud clap of Eurydice’s paper, turns around to look at her.

Three other plays are serious. In “Ademtus,” Jennifer Roberts speculates about the morning Alcestis is returned to her husband after dying for him. The British couple is affectionate but awkward (lots of “polite tea-drinking”) and terrified that these moments might not be real and certainly can’t be as they were before. Alandra Hileman’s “Castor/Pollux” sees Castor wrestling with the decision of whether to give his dying twin an immortality transfusion. “Calais/Zetes” by Seanan Palmero has a less famous set of twins deciding what to do in the aftermath of their plane crash. All three have casual, smoothly written dialogue—snappy banter for Calais and Zetes, carefully chosen words for the others—and lessons to teach about the value and obligations of family.

Among bouts of throwing up, squats, and amusing but gratingly vapid bro-talk, they manage to express relatable hopes and fears about the babies to come.

The night ends on a lighter note. Ashley Cowan’s “Peleus/Laertes” shows the two celebrity fathers as modern bros in a paternal training. The class happens to coincide with SantaCon, so Laertes rocks a “sexy Marina bro Santa outfit.” Among bouts of throwing up, squats, and amusing but gratingly vapid bro-talk, they manage to express relatable hopes and fears about the babies to come. “Heracles/Hylas” by Alan Olejniczak adopts an absurd mock-heroic tone, with “dapple-ed shadows,” lots of “tis”es, and a few rhyming couplets. A middle-aged no-longer-handsome Heracles argues with the Naiads who have stolen his younger lover Hylas while Hylas drowns at the bottom of the Naiads’ pond. Talk without action kills.

A cast of eight versatile actors plays all the roles in all the pieces. Matt Gunnison manages to bring to life both the tragic Orpheus and the bro Peleus. Katharine Otis deploys an impressive collection of accents as a Georgian mother, the British Alcestis, and a pseudo-archaic Naiad. Heather Kellogg is a quiet but commanding presence as Eurydice and Phoebe (Castor’s sister-in-law).

Some of the pieces need more polish, but this is a varied and exciting collection of new work, held together by a strong driving theme. There’s another week of the festival, and I’m eager to return for more. I also hope some of this evening’s plays will be expanded, revised, and restaged in the future; many deserve a larger audience.