Want to take control of a room?

Watch this outtake as Bryce Ryness shows me a move that should cause everyone to pay attention when first walking into a room. The Broadway actor is now appearing in Matilda the Musical at the SHN Orpheum. I met up with Bryce yesterday in San Francisco to discuss acting, the challenges of touring Broadway (with three children no less), and … of course, those Maggots!

In the play, Bryce plays the villainous headmistress Miss Trunchbull, warts and all. For those who haven’t seen the show, or read Roald Dahl’s novel, know that this is one of the most quirky, complex and likable baddies of all time. 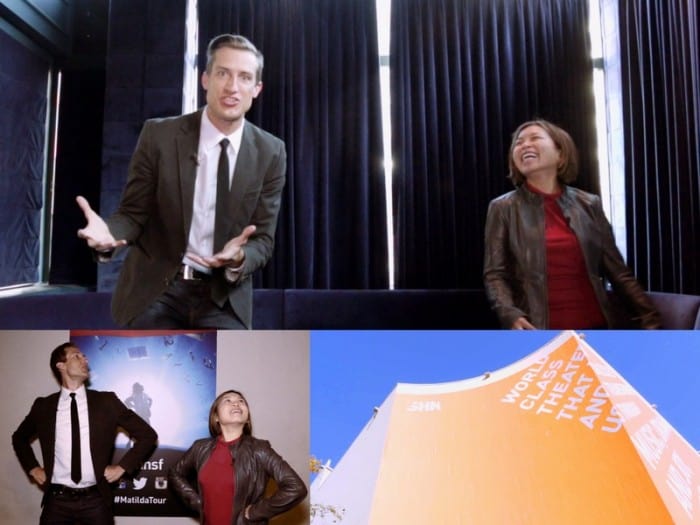 In this segment watch as Bryce demonstrates how physical movement can be used as a way to exaggerate presence on stage — not to mention frighten a child or two. A hunch: could this technique prove useful in boardrooms across Silicon Valley too?