“My first outfit was a tuxedo. Because that’s what all the guys were wearing,” says Jade, headliner at the upcoming Champions of Magic show in San Francisco.

It taken’t long before she realized she could carve her own trail in an industry largely dominated by men. “Wait a minute, I thought, … I can wear a dress, or whatever I want. I’m a woman!”

In 1990 she won the “International Brotherhood of Magicians’ Magic Competition.” Over the next two decades Jade would rise to the top, becoming a globally recognized personality. Employing an act featuring stunning costumes — many traditional Chinese gowns such as qipaos (cheongsams) and dragon robes — whimsical and inspiring music, and tricks that emphasized the use of the entire stage, and even the audience, Jade soon found herself with a loyal following. Many of those were young girls. “They weren’t many female mentors in magic at the time,” she notes. 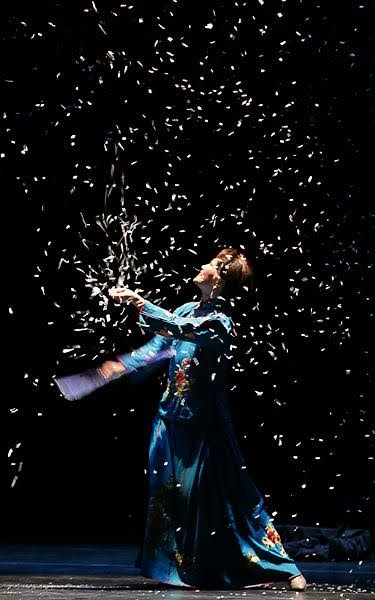 Then came the invitation…

… to perform for the royal family of Monaco.

It was an unforgettable occasion she tells me, though, laments the fact that she was not allowed to take a photo with Prince Phillip — something that seems unfathomable in this era of social media and the selfie.

Despite all appearances, Jade says she was very shy when younger. Performing for others, often live in front of large audiences, helped her become more comfortable with crowds. Today she credits that to her career in  magic. Meet her in person, and I think it’s safe to say, Jade is as wonderfully outgoing as they come.

It was magic or McDonald’s.

Jade is set to headline Champions of Magic this weekend in San Francisco (July 17 & 18 at the Victoria Theatre). There she’ll be joined an international roster of performers including Dan Sperry (fresh off Broadway’s The Illusionist and America’s Got Talent), Dion (winner of European Champions of Magic), David Gerard (a Silicon Valley favorite), and Sylvester the Jester (Fox’s Wildest Magic). Those in and around the Bay Area should check it out — it’s not often we see a magic show with this quality and variety of talent. 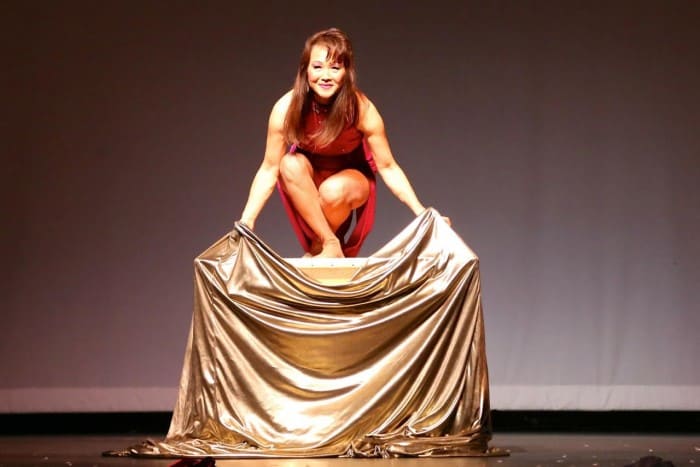 Fortunately, I had a chance to interview Jade. We decided to meet up at Union Square. It was a warm, sunny day, with, as you might suspect, throngs of tourists taking in the sights. There I found a (very red) fireball of energy. As you’ll see in this video, we cover the gamut — Jade’s thoughts on the magic industry, how she first got started, and that special feeling she gets when the audience reacts (“It’s like a superpower!”).

Of course, it wouldn’t be magic without the magic.

Watch as Jade performs a couple of tricks right smack dab in the middle of a bustling Union Square. Next time I need to go to the ATM or I find myself thirsty I think I’ll just look for Jade instead!