Paper. Not the most exciting word or concept in the world. Yet, at Montalvo Arts Center, paper is not only a vehicle for carrying words that tell stories, but also as a medium itself, for actually becoming the story itself.

“Possibilities of Paper” is an intriguing, thoughtful, even inspiring exhibition. Now showing at the Project Space Gallery on the gorgeous Montalvo grounds, there’s a cultural resonance to the works (30 in total) that demonstrate the richness of a medium we all take for granted–and thanks to this digital world in which we live, increasingly see as a relic. Tour the space, and you’ll be taken on a global journey, from 1st century China, to Islam, and through to contemporary America, and right up to the present, with Lucas Artists Fellow Weston Teruya’s multi-dimensional interpretation of the iconic Montalvo grounds. 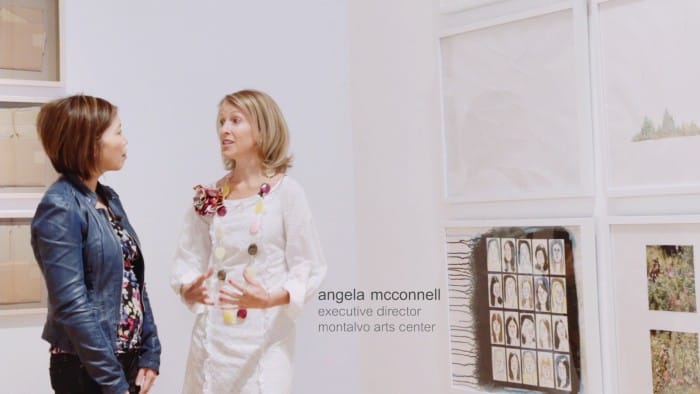 In this Stark Insider video feature, I’m joined by executive director Angela McConnell who tells me 2015 is a special year. It’s been 75 years since the non-profit first established their artist-in-residency program. And, another anniversary taking place: in 2005 the Lucas Artists Fellows program was established. “Possibilities of Paper” is a celebration of sorts, showcasing fellows, past and present, who have participated in its ten years of existence.

Also seen in this segment: 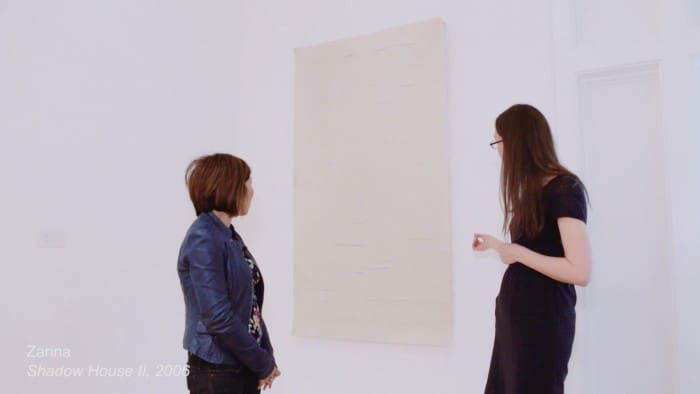 — associate curator Donna Conwell who recounts the vision behind by the English language translation of the qur’an by Sandow Birk (American Qur’an, 2011), a whimsical paper-based interpretation of mahjong by Imin Yeh (Paper Mahjong, 2014/15), and a stunning sheet of Nepalese paper by New York-based artist Zarina (Shadow House II, 2006) 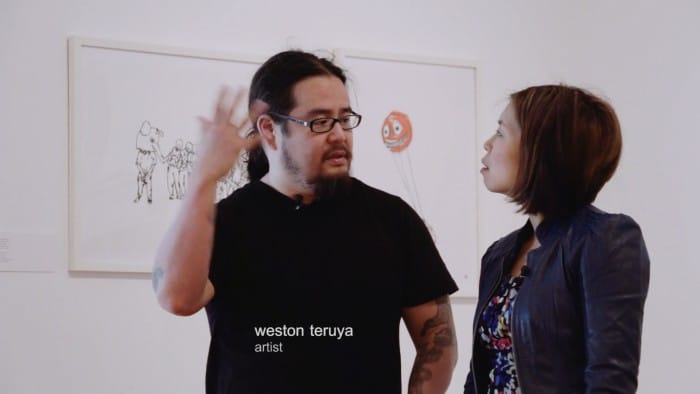 — Artist and Honolulu native Weston Teruya who has created a paper sculpture (Managerie in Phelan’s Garden, 2015) of variable dimensions representing the Montalvo grounds themselves — look for markers like a hiking trail sign, and small sculptures repesenting the mythical stories of 15-century Spain

— Israeli artist Dana Harel whose paintings (Notes from the Underground I, 2011) hauntingly depict the similarities between the war strategies and behaviors of ants and humans.

If you do go, feel free to bring your children. On this day at the gallery, there was a healthy stream of patrons, both young and old. Also, as seen in the video near the end Weston was offering up a fun hands-on art workshop.

Paper. I won’t again forget its cultural and historic significance. I highly urge you to check out the exhibition. If anything it was a nice respite from my iPhone, from the pinging of social networks, messages, and emails. A nice reminder that there are wonderful, intriguing stories to be told, even if from a non-digital medium.

For now, I leave you with the “Possibilities of Paper”…

Possibilities of Paper from Stark Insider on Vimeo.