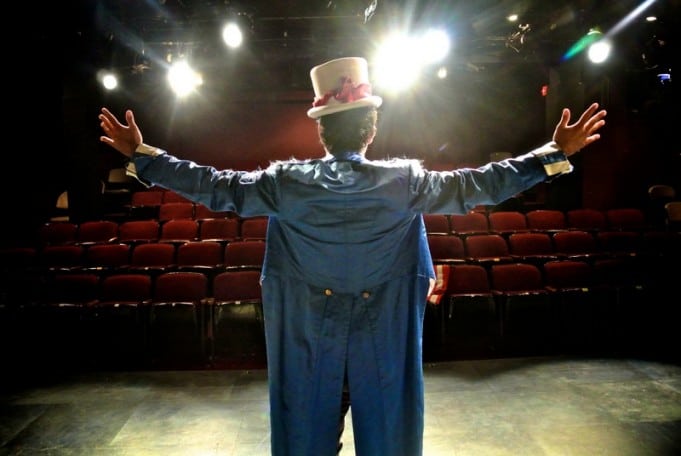 San Francisco Playhouse, one of our favorite theaters here on Stark Insider, has announced its 2015-2016 season. Artistic director Bill English has dubbed the upcoming 6-play mainstage season as “Truth and Dare.”

“Each of the six plays we have selected presents us with a difficult truth, a fresh truth, a complicated truth—and dares us to change and to change the world around us. They dare us to reconsider our world view.”

Colossal — an interesting mash-up of football and dance — kicks off 2016 at San Francisco Playhouse.

Closing out San Francisco Playhouse’s 2015-16 season is City of Angels, a comedy based on the book by Larry Galbert.

A sixth play is still to be announced. For a complete run-down see below.

Be sure to follow Stark Insider for more theater news, including reviews, features and videos about the San Francisco Bay Area arts and culture scene.

Music & lyrics by Benj Pasek and Justin Paul
Book by Peter Duchan
Directed by Bill English
Eddie and Rose: What happens when trouble meets tender? Three young marines are going to war. But before they go they’ve got one last night. One night to party and play, to tease and taunt. Eddie takes on a cruel bet with his buddies, and Rose is his victim. But she’s more than he bargained for. What’s Eddie going to do when Rose rewrites the rules and his last night turns into a lesson on the power of compassion?

Written by Sarah Ruhl
Directed by Susi Damilano
Art imitates Life imitates Art. And the dance continues. Prepare yourself for a frothy farce mixing stage drama and backstage lives into an intoxicating delight. This semi-romantic comedy delivers the laughs, tripping lightly through a playground of desire and sexual fantasy. Is this kiss for real?

Written by Andrew Hinderaker
When football and dance collide, you get more than you bargained for. Start with four full quarters and a half-time show, complete with a dance company, a drum corps, and a fully-padded cast: what have you got? Grace and violence, victory and defeat. Is football a metaphor for life, or just the bread and circuses of our time? Colossal is an epic event that impossibly merges the worlds of football and dance, loss and recovery, and the toughest act of all: being yourself.

Written by Lolita Chakrabarti
Directed by Margo Hall
London, 1833. No black man has ever starred on a British stage—not even as Othello—until tonight. Ira Aldridge, a young black American, breaks more than the color barrier as he battles the entrenched social and theatrical norms of his day, going on to become a living legend, lauded from the footlights of Stratford to the halls of Saint Petersburg.

Music by Cy Coleman, Lyrics by David Zippel
Book by Larry Gelbart
Directed by Bill English
Double your pleasure with this musical comedy that sports two scores, two plots, and if you’re lucky (“Do you feel lucky, punk?” Oh wait, wrong plot.), you might even get two happy endings. Take a trip to the ’40s when Film Noir ruled the silver screen, and delight as the tales of a struggling Hollywood writer and the filming of his latest noir oeuvre unspool. Where his leading character keeps speaking back to him and the femme fatales won’t stay on the screen!