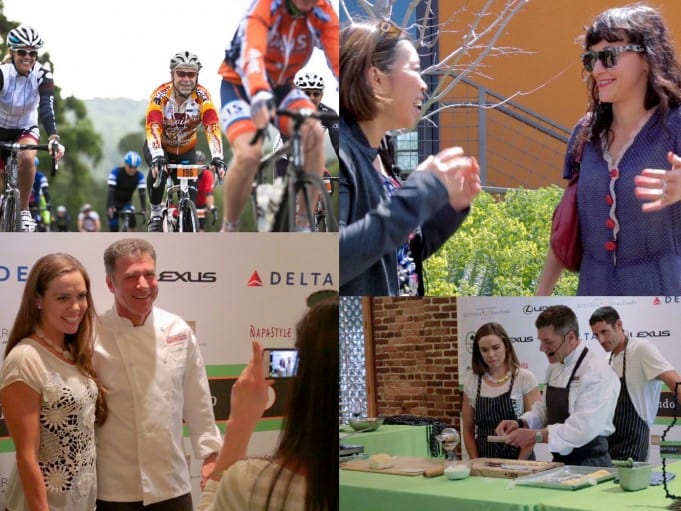 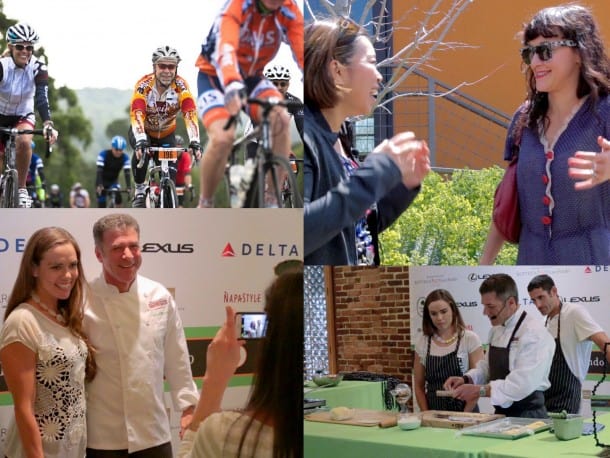 Chef Michael Chiarello might be on to something. His newly created event, Bottega Gran Fondo, has captured the imagination of cyclists and adventure seekers, not only from the local area, but also across the entire country. Now in its second year, the unique event combines the best in farm-to-table foods, fine wines, and–a twist–cycling. Watch as I head to Yountville and St. Helena in the Napa Valley to get a first-hand account of the experience. In this Stark Insider episode, appearances by: Chef Michael Chiarello, Olympic medalist Natalie Coughlin, George Hincampie, the cool guys from the Bikeshop in Calistoga, and a rock mushroom garden!

A few years back Chiarello became seriously enamored with cycling. Soon he found himself hanging with others in the industry with similar interests–chefs like Matt Accarrino (SPQQ, San Francisco), Dave Beran (Next, Chicago) and John McConnell (Clif Family). Sure enough, Napa proved to be the perfect, and often formidable, place to ride. Steep inclines, stunning views, and twisty back-roads delight and challenge the some 300 participants who have signed up for either the 45 or 75 mile ride.

As you might’ve guessed, during each stop during the ride, a special Chef-prepared epicurean dish awaits. What Tour de France?!

During the Saturday of the two-day event, the “Mercato” centers the community aspect of Bottega Gran Fondo. Here, local businesses come out to the front lawn of Chiarello’s restaurant, Bottega, to showcase their goods, talk it up with tourists and locals alike, and share camaraderie in an effort to raise funds for the new Vine Trail Napa Valley.

The idea seems to be working.

For the second year in a row, Bottega Gran Fondo is oversold. Chef Chiarello tells me he’d rather keep the ticket level low, in order to preserve the down-to-earth, community-driven feeling. Indeed, for the first 10 minutes of the ride, cyclists are encouraged to hang with their favorite personality–be it a chef, winemaker or championship caliber cyclist. After the first 10 minutes? Well, be ready for a fairly spirited ride across the Napa Valley.

After spending time at Bottega Gran Fondo, I learned that was a popular expression used with excitement by attendees.

Indeed, we do ride to eat. But as I discovered… we also ride to make new friends, and amazing memories.