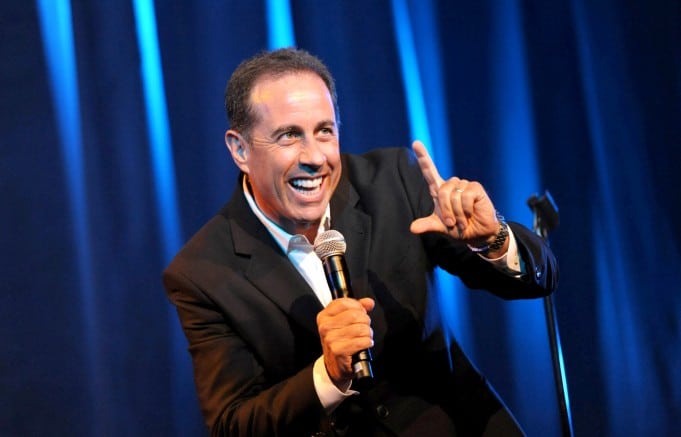 Good news for fans of one of America’s most revered comedians! Broadway San Jose has announced that Jerry Seinfeld will perform twice in the Bay Area this October.

On October 16 Seinfeld will appear at the Center for the Performing Arts in San Jose.

On October 17 at the Paramount Theatre in Oakland.

Seinfeld has been hailed for his uncanny ability to joke about the little things in life that relate to audiences everywhere. He’s best known for playing himself in the sitcom Seinfeld (1989-1998).

His new Internet show, Comedians in Cars Getting Coffee, is now in its fifth season, and has garnered Emmy nominations.

The dates are part of a tour that sees him performing nationally and internationally in 2014.

Organizers say tickets for both the San Jose and Oakland show will go on sale (Ticketmaster)  August 15 at 10am.