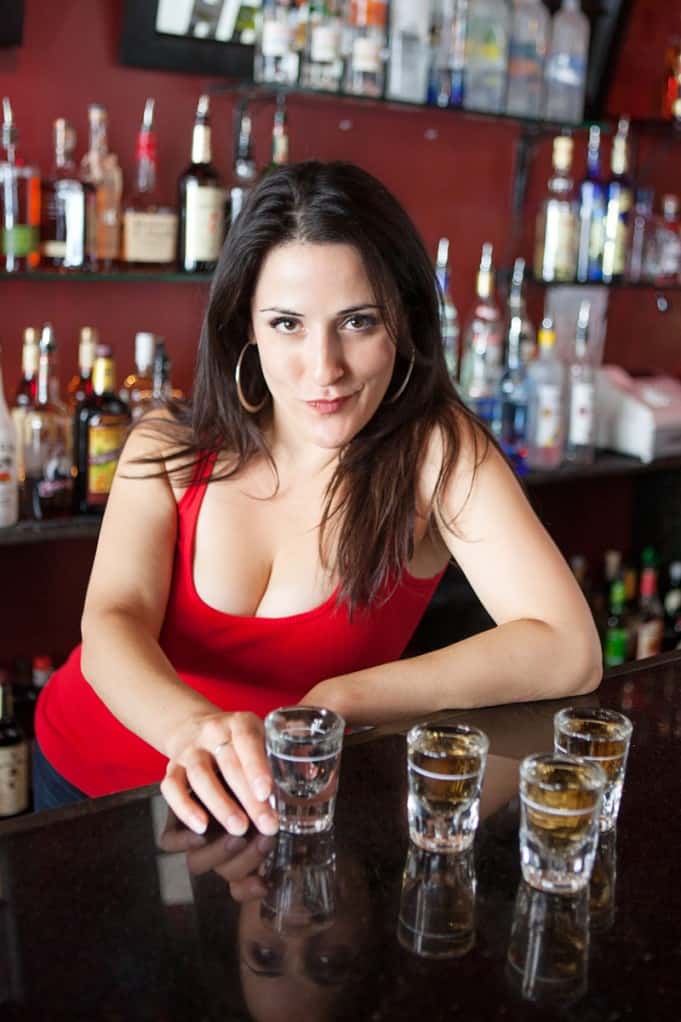 Jill Vice knows the  bar scene. As in really knows it. Having worked as a bartender for 13 years, and at a whopping 28 bars in San Francisco (some for just one day), she’s about to take that first hand experience–the good, the bad, the crazy–and bring it to the stage.

Tipped & Tipsy takes place at “Happy’s”, where Jill brings to life 14 characters including bartender Candy, three of her regular, hard-drinking customers, the lascivious bar owner, and an assortment of other saloon denizens. Traditions of the bar are celebrated and feats of alcohol induced courage honored, as Candy fights to keep her favorite regular from drinking himself to death.

The show recently won “Best of Fringe,” and has been in development for more than two years at The Marsh in San Francisco (with David Ford, who directs).

ALSO SEE: The Call of the Drums: ‘Jerusalem’ at San Francisco Playhouse (Review)

Jill Vice (is there a better name for a bartender?) says she was inspired to answer both the questions people always ask about bartending, like “What’s the craziest thing that’s happened to you behind the bar?” – and some they don’t – “How do you decide when to cut someone off?”

Stark Insider says: Drinks on the House. Bottoms up!

Saturdays at 5pm; Sundays at 7pm