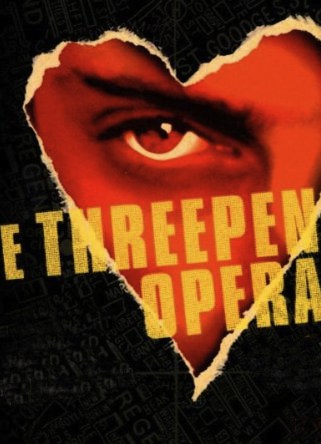 A milestone of 20th century musical theater, The Threepenny Opera (Die Dreigroschenoper) rolls into the 21st with absolute relevance in today’s world. In their opera “by and for beggars,” composer Kurt Weill (1900–1950) and playwright Bertolt Brecht (1898–1956) created a trailblazing musical spectacle of fierce social and political critique, where the ‘haves’ clash with the ‘have-nots’ with its haunting jazz score by Kurt Weill, acid harmonies and biting lyrics.

This musical saga of the villainous but irresistible Mack the Knife and his marauding band of thieves is a revolutionary musical theatre inspiring such hits as Cabaret and Urinetown, The Musical.

“The timeless influence of Bertolt Brecht and Kurt Weill and their Threepenny Opera are still reverberating today,” said Randall King, artistic director. “Threepenny Opera is a benchmark piece of musical theatre. It’s a social satire on the inherent hypocrisy and corruption of capitalism told from the viewpoint of the ‘sorely effected’. Given the current banking system and state of the world economics, it’s extremely relevant. If there was ever time to revive this show, it’s now — it’s evocative, edgy and very funny. I think it’s going to strike a major chord with audiences.”

Written by Bertolt Brecht and Composed by Kurt Weill