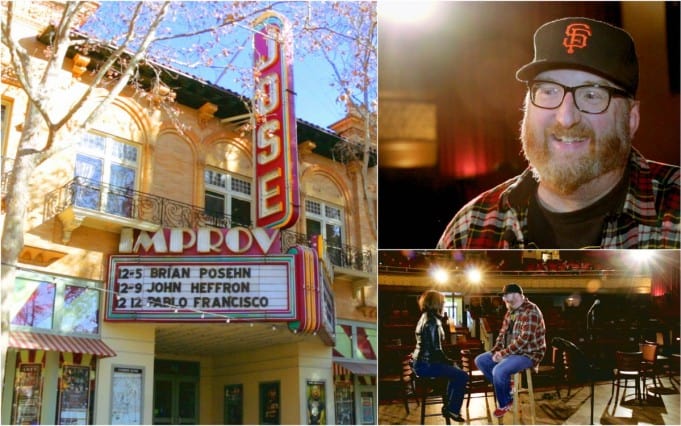 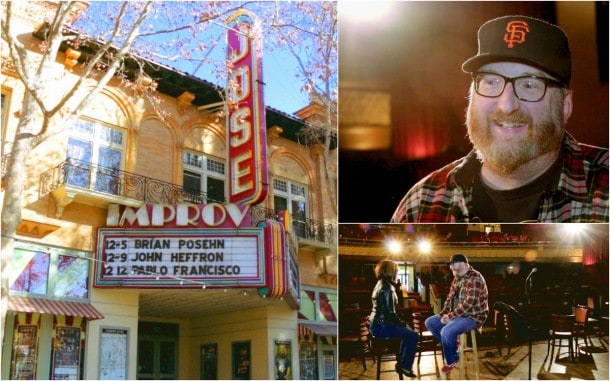 If geeks the world over wanted a front man, Brian Posehn may very well be the man for the gig. The comedian/actor/writer cuts an imposing figure, yet comes across as a gentle giant. He’s one of those guys whose name you might not recognize but whose face you most likely would – he’s been on television (The Big Bang Theory, Mission Hill, The Sarah Silverman Program), taped his own comedy specials for HBO, and has also managed to establish a respectable film resume (Sleeping Dogs, The Devil’s Rejects, Fantastic Four). Yet, as he told me in this Stark Insider TV interview, he some how, some way finds a way to complete the latest Tomb Raider or Call of Duty games on his Xbox. Thanks to the rise of geek culture, he’s feeling very comfortable in this new world where he gets the spotlight, attention, love. Yep, as he notes, here’s a guy who wants to know where the girls wearing the “Nerds are Cool” t-shirts were back in 1994.

“I was waiting and waiting for it [The Phantom Menace] to come out, and to be good. Well, it came out…”

I caught up with Brian at the San Jose Improv where he recently played a few sold out shows. Spend some time with the Sonoma native and you might come away wondering where he finds all the time… and the energy to do accomplish so much. He says that he has to keep the creative process rolling, or “some person some where will yet at him.”

If you’re not a Jar Jar Binks keener yourself, you  have a friend here in Brian Posehn. I think we could’ve filled up another few memory cards of just Brian’s (entertaining) rants about the Star Wars prequels. “I was waiting and waiting for it [The Phantom Menace] to come out, and to be good. Well, it came out…”

And what does Brian think of this new attention-span challenged, social media savvy new world?

He says it doesn’t change the basic tenants of comedy. There’s just “way more” outlets, places to be seen. Things like YouTube are “a cool tool” for young, emerging comedians to get their act out there. Just don’t expect him to listen to your shtick until you have a few years of experience under your belt. “I have people send me Facebook messages saying ‘Hey, I’m doing stand-up for my first time, look at this piece of tape of me!'”, he says. “There’s no way I’m going to look at that. I don’t want to see somebody on their first time. I want to see somebody who’s been doing it for five years and really knows what they’re doing.” 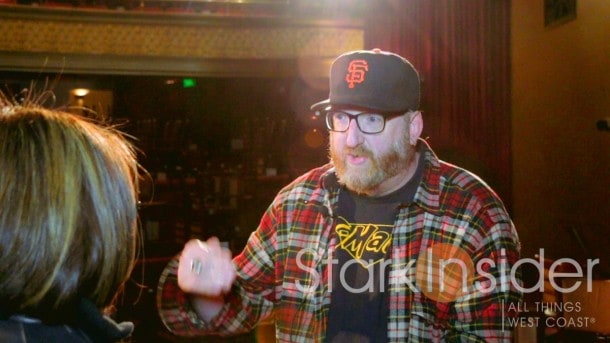 Watch the Stark Insider TV interview below as we cover the gamut: his career, the creative process, what it takes to make it in comedy, the impact of social media, and his perpetual frustration with the new Star Wars prequels (“I’m on my third comedy album and I’m still talking about it!”).

Plus don’t miss as I get Brian to reveal his favorite food dish, adult beverage, and gadget. The answers may well surprise you!

Oh, yes, I almost forgot: I await the Emmy noms with open arms. This is the first time in Stark Insider history I’ve been able to ask:

“What is a fartist?”

Try to find that on NPR. Terry Gross who?!

Brian continues to do what all hard-working, successful comedians do, and that is, of course, continue to tour the country. Look for him at your local club. You can also find him guesting on some of television’s most popular sitcoms. In 2015 he’s set to star in Chris Kasick’s Uncle Nick.

Meantime, San Jose Improv, now celebrating its 50th year of operation (for the comedy business I think that’s the equivalent of hell freezing over) is welcoming a bevvy of top flight talent over the coming weeks and months including Pablo Francisco, Steve Byrne, Whitney Cummings, Lil Duval, Rob Schneider and Bobbly Lee. Stay tuned for more as SI continues to peel back the creative process with some of the most interesting people passing through the San Francisco Bay Area.

+1 for Geek Culture. In Brian Posehn you have a humble, funny, veteran frontman.