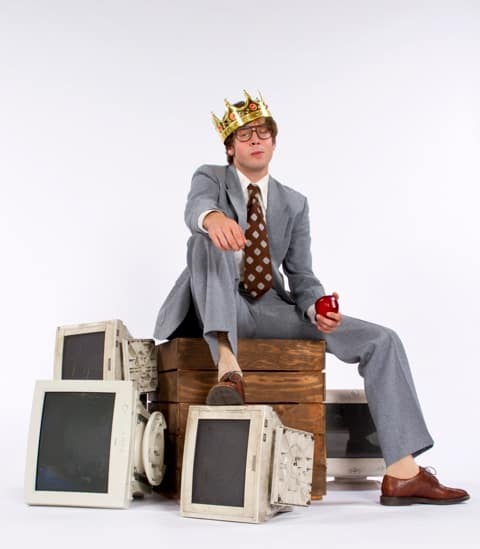 For those interested in the mash-up of tech and the arts, we bring to you an interesting new work that was brought to Stark Insider’s attention by a hot playhouse in San Francisco.

Playwright Evelyn Jean Pine has announced that his newest play will chronicle the early years of Bill Gates.

The “fictional retelling” will focus on or about the time when Gates (played by Jeremy Kahn) was twenty years old. A time when most we’re not taking the famous inventor seriously.

It was about the same time–as many might recall–when he was about to face customers who hated him for demanding they stop sharing software. And this, far before the advent of the likes of Torents, P2P file sharing and Pirate Bay.

ALSO SEE: The Kings and Crazies of Silicon Valley

Cheekily called FIRST, the play opens at Stage Werx in San Francisco on October 12th, and runs through November 3rd.

A Play by Evelyn Jean Pine
Directed by Michael French