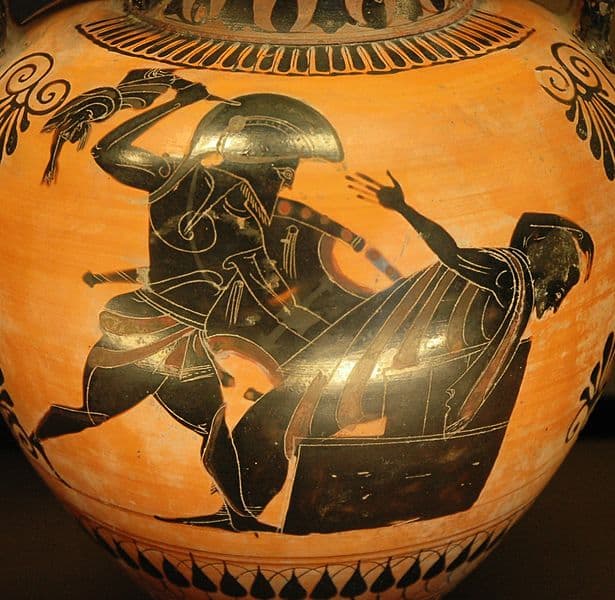 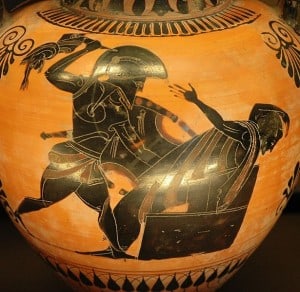 Fans of emerging, exciting theater, mark your calendars! The San Francisco Olympians Festival is making its return. With a focus on the creation of new scripts, the annual event provides a showcase for Bay Area fine artists, actors and writers.

According to organizers the festival, which takes place in November, will feature the premiere of 36 new plays by 30 local writers. The plays range from shorts to one acts to full lengths, and each one explores a different aspect of the Trojan War, the apocalypse of Ancient Greece.

Stuart Bousel started the festival in 2010. Then it featured 12 new full length plays, each one based on one of the 12 Olympian gods of Ancient Greece. In 2011 the festival returned with 32 plays, ranging from five minute shorts to full-lengths, each one based upon an Ancient Greek sky god or mythical figure who had become a constellation, moon, etc. In 2012 it debuted 25 one-acts, each night pitting a play about an Olympian god against a play about a Titan, the race of gods who sired the Olympian gods, and were then overthrown by them.

The San Francisco Olympians Festival has been quickly gaining momentum since its first year, with six plays that were first given a public reading in the festival having gone on to full productions: 2010’s Hermes (No Nude Men Productions, Dramaworks, Bread and Water Theatre), Juno En Victoria (Wily West Productions), and Salty Towers (Thunderbird Theater Company); 2011’s Cassiopeia (Eat Street Players), Chronus (Bread and Water Theatre), and You’re Gonna Bleed (DivaFest). Many others have received additional readings on local and national stages: 2011’s Joe Ryan (Impact Theatre), Pleiades(Atlantic Stage) and Selene, or Someone Like the Moon (Exit Theatre); 2012’s Caenis and Poseidon (Playwrights’ Center of San Francisco). Additionally, Exit Press has released a collection of five plays from year one of the festival, Songs of Hestia, now available for purchase on Amazon.com and at bookstores across the country.

WATCH: Behind the Scenes with Stuart Bousel

The festival this year occurs in November and is the biggest incarnation of the festival yet, with over 75 actors, 30 writers, scores of artists and 12 directors- all local. The festival will return to its home at the Exit Theatre (156 Eddy Street in San Francisco).

Ajax Major, or “Punchy” by Charles Lewis III, directed by James Nelson
Twenty years ago Ajax and Hector were the world’s greatest title fighters. That was then. Now one of them is fighting an internal battle that he will not win.”
AJAX MINOR by Barbara Jwanouskos, directed by James Nelson
Ajax is a super athlete and all around hero, that is, until rumors about his past begin to circulate…

DIOMEDES by Joel Street, directed by Charles Lewis III
Produce is a battlefield.

TEUCER by Marissa Skudlarek, directed by Charles Lewis III
After the death of his beloved older brother, a young man must learn to be the hero of his own story.

THERSITES or “Atreus Tonight” by Daniel Hirsch, directed by Charles Lewis III
Live on air tonight! A fair and balanced debate is anything but in the mounting escalation to all-out war!

NEOPTOLEMUS by Barbara Jwanouskos, directed by Charles Lewis III
The Greeks have high hopes now that they have found the young man who is guaranteed to win the war for them. It’s just that he’s a bit disturbed… whoops?

November 7: The Brothers (Part One)

MENELAUS by Annette Roman, directed by Elizabeth Vega
What if all of your problems could be solved by baring your breasts?

AGAMEMNON or “The House of Atreus Vol 3” by Anthony R. Miller, directed by Tunuviel Luv
A rybald and emotional examination of the choices we must make when we have no choice.

ODYSSEUS or “Meg Cohen’s Totally Epic Odyssey” by Megan Cohen, directed via crowdsourcing
Homer’s classic tale of the world’s cleverest man, adapted and performed as a bardic solo in lively modern verse by one of SF Weekly’s “Bay Area Theater Artists to Watch in 2013.”

ACHILLES or “Under the Gods’ Golden Cleats” by Rachel Bublitz, directed by Claire Rice
The legend of Achilles mashed with Texas football. A world where cheerleaders are slaves and homosexuality is an offense punishable by death.

BRISEIS or “A Goddess in Her Grief” by Carol Lashof, directed by Elizabeth Vega
Love in a time of human trafficking.

HECUBA by Patsy Fergusson, directed by Jacqueline Peters
She was the Queen. She would soon be a slave. In between, she was the mother of Troy’s greatest hero.

LAODIKE by Marissa Skudlarek, directed by Jacqueline Peters
She was the most beautiful woman in Troy — until Helen came along!

ANDROMACHE or “The Whole of a Woman” by Sarah McKereghan, directed by Elizabeth Vega
A tragic dramedy about a war widow who has lost everything, including herself.

POLYXENA by Peter Hsieh, directed by Elizabeth Vega
The complicated story of love and sacrifice that ends the Trojan War.

CRUESA or “Dead & Lovely” by Tonya Narvaez, directed by Jacqueline Peters
100 years ago a woman vanishes into thin air. But is she really lost?

OENONE by Ashley Cowan, directed by Jacqueline Peters
Awkward bangs, a big breakup, and a war to end all wars. Middle school is just the worst.

CHRYSEIS or “The Girl With Sparkling Eyes” by Carol Lashof, directed by Elizabeth Vega
When Briseis met Chryseis …

PARIS or “The Judgement of Paris Is Burning” by Kirk Shimano, directed by Katja Rivera
A traditional retelling of the Judgment of Paris – except Olympus is a gay bar and the goddesses are drag queens.

HECTOR or “Prince of the City” by Bridgette Dutta Portman, directed by Katja Rivera
They threw him to his death from the wall of Troy. Or so they thought.

CASSANDRA by Claire Rice, directed by Claire Rice
Sex, love, revenge, war, blood, fire, insanity: Cassandra saw it all before it happened and no one believed her.

AENEAS or “Burden of the Witless” by Colin Johnson, directed by Colin Johnson
Protected by the Gods for a destiny he cannot understand, a young man goes out in search of purpose, love and shiny things.

THE SHIELD- Meg O’Connor, directed by Charles Lewis III
In a world where gods can determine the victors of battle, one god will rise above the rest to ensure justice is served…with a side of spicy black bean dip.

THE HELMET- Meg O’Connor, directed by Robert Estes
Even the hearts of children can grow dark with the bloody rage of war.

THE SWORD- Tracy Held Potter, directed by Robert Estes
Achilles’ love of battle blinds him from the love he feels for Penthesilea, the Amazon Queen, and her murder unleashes his madness.

THE SHIPS or “Alexis, the Bronze Age Warship” by Tracy Held Potter, directed by Charles Lewis III
A delightful romp through the Aegean Sea during the Trojan War.

THE BOW by Sunil Patel, directed by Charles Lewis III
A love story between a woman and her talking bow.

GOLDEN APPLES II by Allison Page, directed by Charles Lewis III
Paris must choose the fairest of them all in a high stakes game show he didn’t ask to be on – but does his choice really matter, or have the singing Fates aligned without him? Only the Wheel ‘O Fate knows the answer.

THE WALLS by Madeline Puccioni, directed by Jonathan Carpenter
What’s a Stone Age Mother Goddess gotta do to change the world – sleep with an Olympian? Yeech.

THE PLAINS by Jeremy Cole, directed by Jonathan Carpenter
Everyone has heard of Helen, Achilles, Cassandra and the Trojan Horse, but who remembers Cycnus, Protesilaus, Aethra or the Memnonides? The plains remember. The plains of Ilium can never forget. Close your eyes. Open your heart. Listen.

HELEN or “Ellen’s Undone” by Sam Hurwitt, directed by Mina Morita
When she left, it started a war. This time, she’s not going anywhere.

THE HORSE or “See Also All” by Stuart Bousel, directed by Ariel Craft
Inside everything is something else.