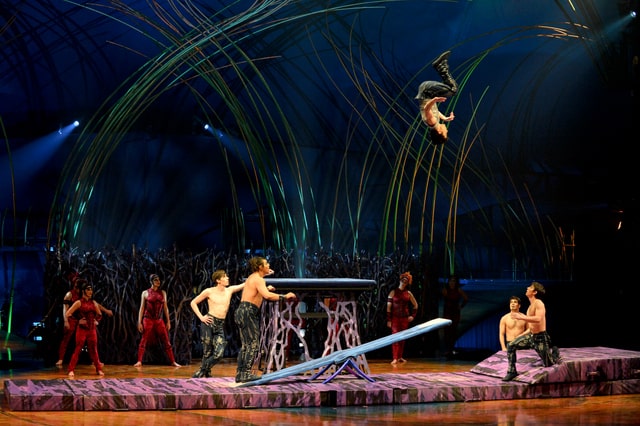 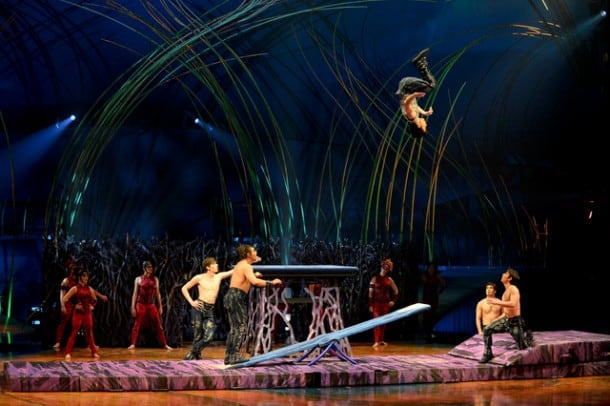 Cirque du Soleil returns to San Francisco this fall. Look for the Blue and Yellow Grand Chapiteau (Big Top) next to AT&T Park as the show Amaluna swings into town, premiering on Friday, November 15th. We have a photo preview here (see below) with plenty of stunning eye candy. It’s Cirque, so why should we expect anything less?!

As always, there’s a rich and colorful story at the heart of Cirque’s 32nd production.

This one takes place on a mysterious island governed by Goddesses and guided by the cycles of the moon. Their queen, Prospera, directs her daughter’s coming-of-age ceremony in a rite that honors femininity, renewal, rebirth and balance which marks the passing of these insights and values from one generation to the next.

In the wake of a storm caused by Prospera, a group of young men lands on the island, triggering an epic, emotional story of love between Prospera’s daughter and a brave young suitor. But theirs is a love that will be put to the test. The couple must face numerous demanding trials and overcome daunting setbacks before they can achieve mutual trust, faith and harmony.

Amaluna is a fusion of the words ama, which refers to “mother” in many languages, and luna, which means “moon”; a symbol of femininity that evokes both the mother-daughter relationship and the idea of goddess and protector of the planet. Amaluna is also the name of the mysterious island where this magical story unfolds.

After San Francisco, the show heads down 101 to San Jose where it will open January 22, 2014 at the Taylor Street Bridge.