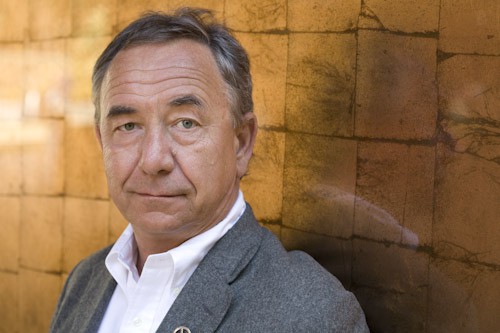 The Marsh Berkeley today announced that famed comedian Will Durst will perform three dates of his hit one-man show Boomeraging: From LSD to OMG.

Durst pays tribute to the joys, achievements and looming terrors that accompany being a member of the Baby Boom Generation. The show assesses their still vibrant role in today’s youth-obsessed society and celebrates them for refusing to grow old in the face of changing times, gravity and the reflection that greets them daily in the mirror. All proceeds benefit The Marsh.

He shamelessly strokes the egos and pats the hands of the Love Generation through segments entitled “Racing From The Shadow Of A Mushroom Cloud,” “The Blinking VCR,” “Still Doing Drugs, Only Now There’s a Co- Pay,” “The Brightsides of Extreme Adulthood” and “Hope I Die Before I… Ooops, Too Late.”

Acknowledged by peers and press alike as one of the premier political comedians in the country, Will Durst has patched together a quilt of a comedy career, weaving together columns, books, commentaries, acting and stand-up comedy into a hilarious patchwork of outraged and outrageous common sense. He currently writes a nationally syndicated humor column, and his articles have appeared in Esquire, George, the SF Chronicle, National Lampoon, New York Times and scads of other periodicals.

Boomeraging will play on Friday, August 9 and Saturday, August 10 at 8:00 pm and on unday August 11 at 3:00 pm on the TheaterStage at The Marsh Berkeley.