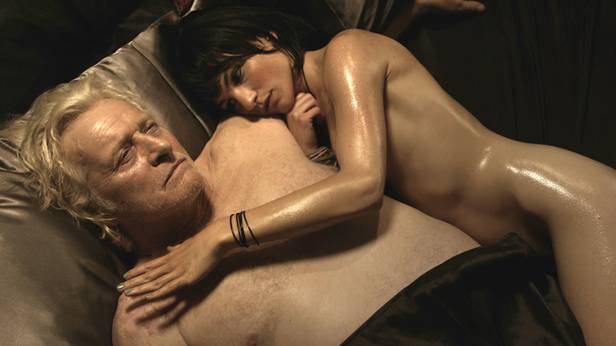 Producers have informed us that The Future, starring Manuela Martelli, Rutger Hauer, Luigi Ciardo, Nicolas Vaporidis, and Alessandro Giallocosta will hold its world premiere at the Sundance Film Festival later this month.

When her parents die in a car accident, adolescent Bianca’s universe is upended. Staying alone in the family’s Rome apartment and entrusted with the care of her younger brother, Tomas, she struggles to hold it together as her place in her surreal new world becomes blurry.

Life is further complicated when Tomas’s gym-rat friends invite themselves to stay indefinitely. Using Bianca as a lure for a heist they’ve concocted, they convince her to initiate a sexual relationship with enigmatic blind hermit Maciste, played by Rutger Hauer. But as the two spend time together, Bianca unexpectedly finds normalcy and acceptance in the aging B-movie star and former Mr. Universe’s rococo mansion.

Based on the novel by Robert Bolaño, The Future is written and directed by Alicia Scherson.