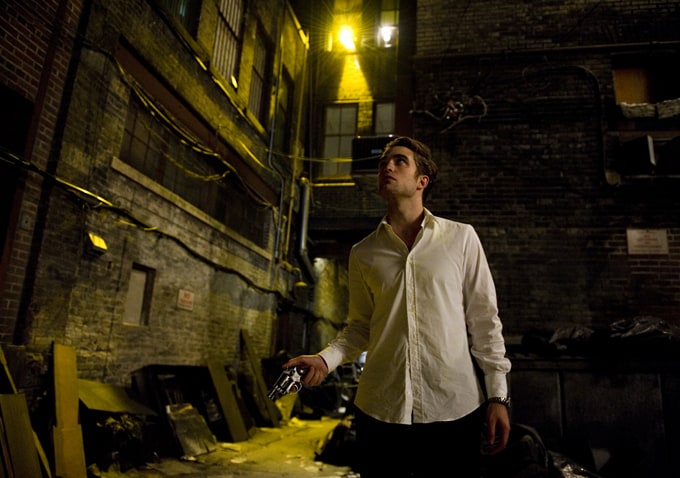 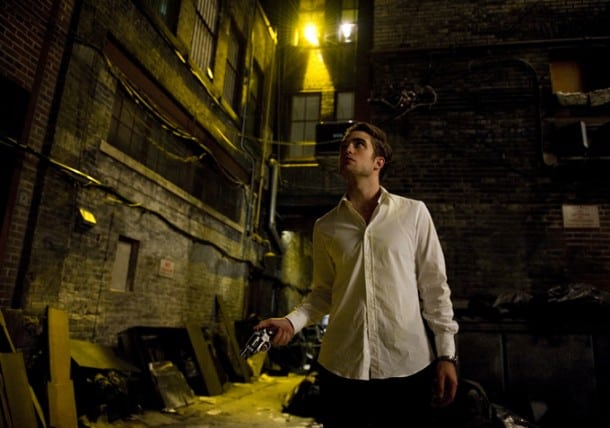 Based on the prophetic novel by Don DeLillo, Canadian filmmaker David Cronenberg’s latest project, Cosmopolis, is scheduled for release later this month on August 17th.

For those anxious to get a sneak peak at what the master’s latest work looks like, we’ve got some dystopian stills straight from the source.

Unfolding in a single cataclysmic day, the story follows Eric Packer (Robert Pattinson) – a 28-year old financial whiz kid and billionaire asset manager – as he heads out in his tricked-out stretch limo to get a haircut from his father’s old barber, while remotely wageringhis company’s massive fortune on a bet against the Chinese Yuan. Packer’s luxe trip across the city quickly becomes dizzyingly hellishas he encounters explosive city riots, a parade of provocative visitors, and is thrust into a myriad of intimate encounters. Having started the day with everything, believing he is the future, Packer’s perfectly ordered, doubt-free world is about to implode. In other words, this sounds like classic Cronenberg. 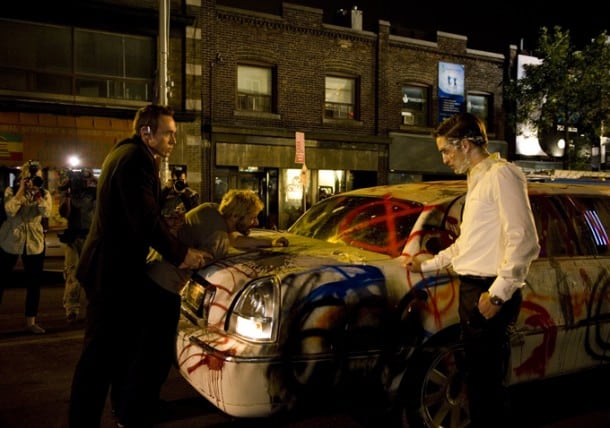 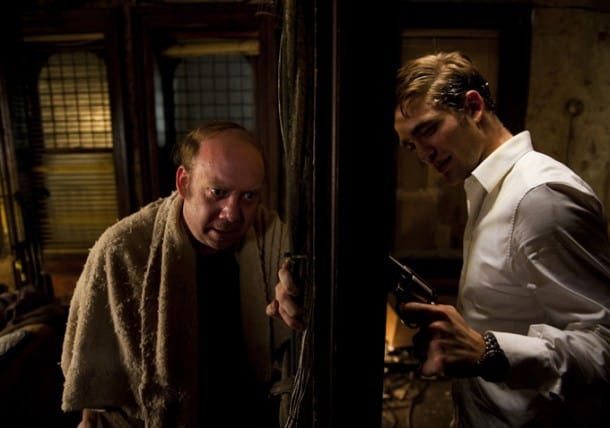