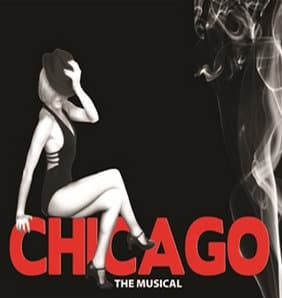 City Lights theater reps in San Jose have told us they plan to close out the season “with a bang.”

Fosse, Kander and Ebbs’ Chicago is set in the “Roarin’ Twenties” – a period where the politicians were pushing to deregulate business, the media focused on sensationalism over journalism, and even murderers had their time in the spotlight! Seem familiar? City Lights’ original production of this timeless American musical, directed and choreographed by Donna Scheer, connects the Chicago of the twenties with today’s political and social climate, with choreography true to Fosse’s signature sensual style. The winner of numerous Tony and Academy Awards, this razor-sharp satire by Bob Fosse and the musical team behind I features one hit after another, including “Roxie,” “Razzle Dazzle,” “When You’re Good to Mama,” “Mister Cellophane,” and the unforgettable “All That Jazz.”

The production features an all-woman band and a cast made up of both newcomers and City Lights veterans.

Donna Scheer will perform and direct. She has directed or choreographed, among many others, Oklahoma, Damn Yankees, Fiddler on the Roof, and A Little Night Music.

The original Broadway production opened in 1975 (the same year as A Chorus Line), at the 46th Street Theatre and ran for 936 performances. As of the 2012 the musical has played over 6,200 performances.

A film version, starring Richard Gere and Catherine Zeta-Jones, and directed by Rob Reiner, was released in 2002 and won six Academy Awards.