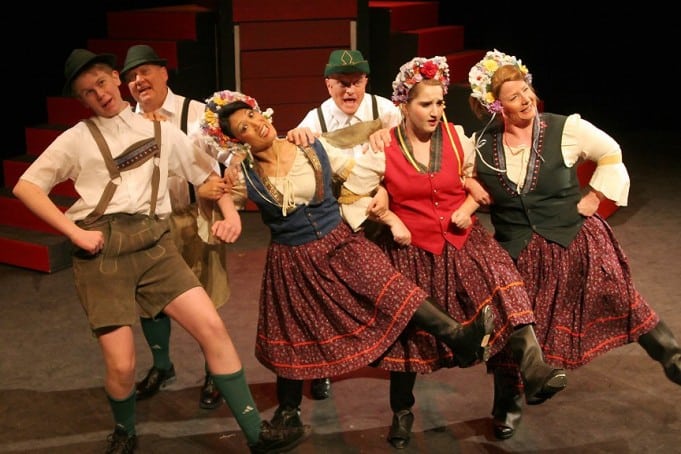 4 out of 5 stars - 'Smashing'
Hillbarn Theatre
Directed by Bill Starr
Music and Lyrics by Mel Brooks
Book by Mel Brooks & Thomas Meehan
May 3, 2012 thru May 27, 2012
Review by Stark Insider

Mel Brooks’ The Producers is a hilarious – albeit shameless and decidedly politically incorrect –  backstage send up that doesn’t miss an opportunity to exploit every comic stereotype imaginable. Unless you’re easily offended, however, one can’t fathom how anyone would take serious umbrage.

Perhaps the greatest compliment one can give Hillbarn Theatre’s production of the Tony Award-winning musical is that one forgets that it’s “community theatre.”

Although the thrust stage venue does not have a bad seat in the house, it does not provide the best configuration for this type of show. It did not, however, in any way diminish the enthusiasm of the opening night crowd who literally leapt out of their seats with an unbridled standing ovation.

Head on down to Foster City to catch this must-see performance before it’s too late.