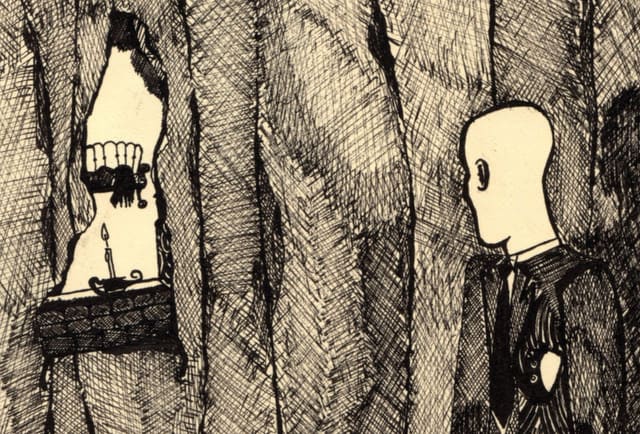 This is a special Stark Insider feature as part of our arts and cultures perspective series. Interested in contributing? Write SI at info@starkinsider.com.

In the post social democratic heaven of the world, one has the opportunity to apply for diverse regional and governmental culture funds.

The main motive of all this government support is to create a theatre culture which supports minority, women and children rights. It is important to emphasize that art policy is the matter of discussion here, as distinct from political party agenda. For instance, one can apply for support for an “equality project in stage art area’ in order to make sure that at least 50% of the artistic staff are women, regardless of their artistic educational background, qualifying talents or international recognition.

The motivation for applying for support for branding the Swedish language, or strengthen the awareness of Swedish history, art or classics abroad, has proven utterly ineffective and impossible. No such culture support even exists and it is against the bureaucratic rules and culture policies to give support to such artistic projects. As a result of this primarily social democratic culture policy (which is now adapted by the right-wing Swedish government) Swedish theatre artists, since the beginning of 1960, have created theatre art as “promotion of women, children and minority rights” — a political theatre policy well worth its name.

In consistency with this policy, it was announced by the official government institutions in Sweden that no special funding has been granted and no celebrations have been planned for Sweden’s most acknowledged international writer, August Strindberg, whose 100th anniversary of death will be marked by 2012.

The ignorance and lack of interest in Strindberg is surprising. It is utterly inconceivable that Norway would pay no more attention to their Ibsen, Denmark to Hans Christian Andersen, the UK to Shakespeare, a proclaimed Swedish politician in a statement to the government. Nevertheless, only a minor official celebration has been planned for 2012. So who is this Swedish writer, of so little interest to the official Sweden today?

August Strindberg (1849-1912, born and died in Stockholm) was a Swedish writer, a recognized world-class playwright with plays still being continually performed all over the world. Over the course of four decades in the 19th century, Strindberg was a dominant figure in literary Sweden and abroad. He was always a controversial figure and often got involved in personal conflicts, and considered by the rising women rights movements to be a `woman- hater`. He quite frequently wrote on women and his novels and plays are marked by a manifestation of his inner demons in this context. His works include several novels, short stories and, of course, stage plays which have been performed all over the world.

Strindberg’s own plan for a Scandinavian experimental stage started with the emergence of the famous Swedish Theatre, the Intiman Theatre.

The play caused scandal on a large-scale, performed only once and then cancelled.

In 1907, when the Intimate Theatre was established under the direction of the famous actor, August Falck, Strindberg sent his play Miss Julie, to the biggest publishing company in Sweden, Bonniers. The Swedish publisher Otto Bonnier rejected Miss Julie by deeming it a `badly written play` – a play which today is regarded as the first naturalistic tragedy masterpiece all around the world. Bonnier expressed its regret later about this: “The biggest mistake of my entire publishing career`. Miss Julie was first staged on March 14, 1889 in Badstuestraede, Copenhagen, hosted by Students Society. On March 9, Strindberg rented the Dagmar Theatre in Denmark and premiered Creditors, Paria and The Stronger, while he also unsuccessfully sought permission to stage Miss Julie which had to suffer police ban as deemed morally offensive.

The first public performance of Miss Julie however, took place in 1892, in Berlin. The play caused scandal on a large-scale, performed only once and then cancelled. The following year, Strindberg wrote the naturalistic manifesto, and the famous preface to Miss Julie, which might be considered as the manifesto of modern experimental theatre. On January 16, 1893, Strindberg’s dream finally come true: Miss Julie was premiered at the Theatre Libre in Paris and proved, as the actor Andre Antoine noted in his diary, to be “a fantastic success “. In his preface to Miss Julie – which was printed by Antoine and distributed at the performances of the play – Strindberg’s own words represent a naturalistic program for the future of theatre — a theatre and life perspective which is not to be shared by Swedish institutions founded years later. Strindberg:

“In this drama, I have not sought to do anything new because one cannot – but to modernize the form in line with the demands which I thought the modern people of today might be likely to make on this art … Man cries out for `the joy of life`, and the theater directors are writing requisitions for simple farces, as though` the joy of life` dwells in being silly and depicting human beings as if they are all tainted by dance, sickness or idiotism. I find the joy of life in tough, cruel battles, and I delight in knowing something and learning something. As modern characters, living in a transitional period which is more hysterically hectic than at least its predecessor, I have shaped my figures as being more precarious, with broken pasts, stuck in between the old and the new. And it seems to me not unlikely that modern ideas read in newspaper and eavesdropped conversations might have leaked down through the layer to which a servant belong to (as Jean in Miss Julie). My souls (characters) are conglomerates of the past and present. Cultural layers, patched bits of books and magazines, pieces of people, torn pieces of Sunday clothes which turned into rags, just as the soul hot-tubbed … just as the soul actually is hot-tubbed … I believe I have noticed that psychological history is what interest the modern people more than anything and our inquisitive souls are not to be satisfied with seeing what takes place, without learning how it actually works! We wish to see the threads, the machinery. Consider the double-bottomed box, take the magic ring to find the seam, look at the cards to discover how they are tagged. As far as the technical aspect of the composition is concerned, I have to tried to abolish the scene breakdown … As we know, on some stages, the Italian theater has returned to improvisation, and thus created the poetic actor, who (however) must follow the author’s plans. This of course could be regarded as a step forward or a newly germinating art form where one can talk about `making art`. And where the monologue would appear unreal, I have resorted to pantomime, and there I have left more freedom to the actor to compose… Regarding the scenery, I have borrowed from Impressionistic painting its asymmetry, its brusque nature, and thus, I believe, have reinforced the illusion. When the whole room and all its belongings are not manifested, our imagination is triggered… I have set back the wall and placed the table to one side to get the actors play full and half profile …I have no illusions about getting the actors to play `for` the audience and not `at` it, which is, of course, desirable but this is just a wish … Thus, no revolutions, but only a few small modifications. To bring the scene to a room where the fourth wall is gone … will lead to a disturbing effect. (…)I have made an attempt! Should it fail, there is enough time to experiment again!”

Theatre met the ideal demands and the small theatre got just what it needed, and it created Swedish performing theatre history. A total of 24 Strindberg plays were performed, beginning with Miss Julie, which thus finally came to the Swedish stage and received the recognition it deserves–at least until the beginning of Swedish 60’s when the culture policy started to deem Strindberg politically incorrect and not of particular value to be promoted abroad. But Strindberg always believed in his own plays in Swedish culture history. “This piece will be recorded in the annals” wrote Strindberg to his publisher. And he was apparently right. The Intimate Theatre subdued, string of playing style, the experimental method, the use of draperies attracted considerable interest, especially against the background of the oversized vocal playing style in European theatre.

A group of representatives from the Strindberg Museum, Strindberg’s Intimate Theatre and Strindberg Society has now formed a committee to organize an anniversary inspired by Ibsen celebrations in Norway 2006. But their case looks rather hopeless considering the complete lack of interest from the Swedish Government and the culture institutions which primarily promote gender and minority culture-related content. Minorities, women and children rights are the “culture” projects that Swedish authorities mainly sponsor abroad. Perhaps one can call it Swedish culture amnesia. Or maybe it is the common blending and corruption of populist political agenda and the art as such. But Strindberg will stand for himself even after the year 2012, as a writer for the world. Even if Sweden let other countries do the actual promotion, for its own modern history and culture.

Deniz HELLBERG is a playwright and professor of theatre history.

London-born Szawlowski has a professional history of 20 years, during which he has worked as a reporter, editor and illustrator. For several years, Szawlowski has drawn the first and only cartoon strip to appear in Time Out Istanbul in English.