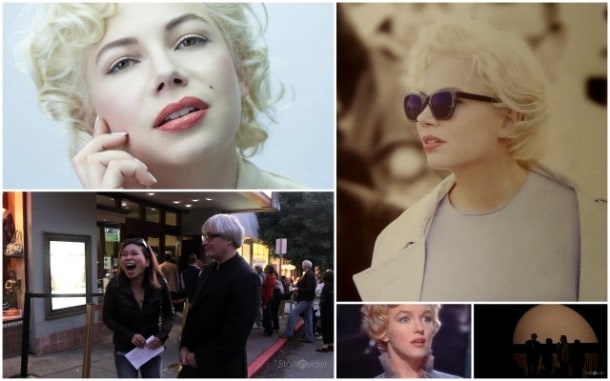 Stark Insider was able to catch up earlier with director Simon Curtis at the Mill Valley Film Festival to discuss Michelle Williams’ electrifying performance, the legend that is Marilyn, and why the public’s enduring fascination with the star that once sang ‘Happy Birthday’ to President JFK:

“She’s a once-in-a-lifetime movie star,” director Simon Curtis tells Loni before a special screening of the film at MVFF. “Above all, she was a sensational beauty.”

“I really, really admire Michelle Williams. I think she’s a most magnificent actress, and was thrilled when she read the script and wanted to meet.”

“She didn’t let me down. She worked so hard, both at the body language externals of Marilyn and also the psychology and interior of Marilyn. It was a privilege every day to watch her work.”

In our review, Clinton Stark wrote about her performance, “it’s mesmerizing, deep. There is nary a happy birthday Mr. President to be heard.”