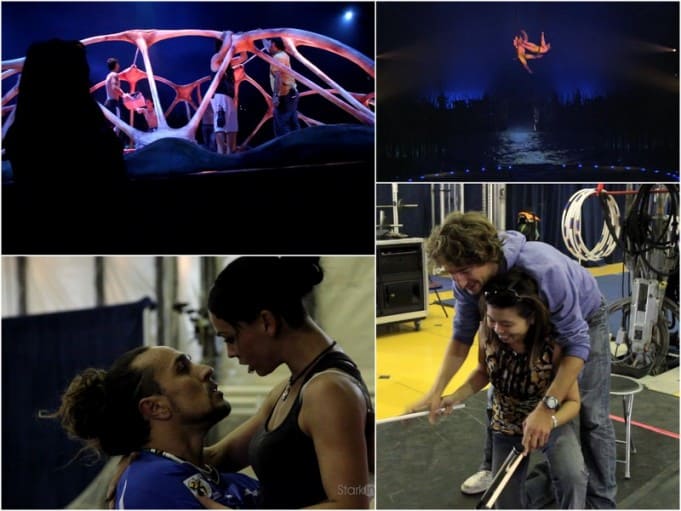 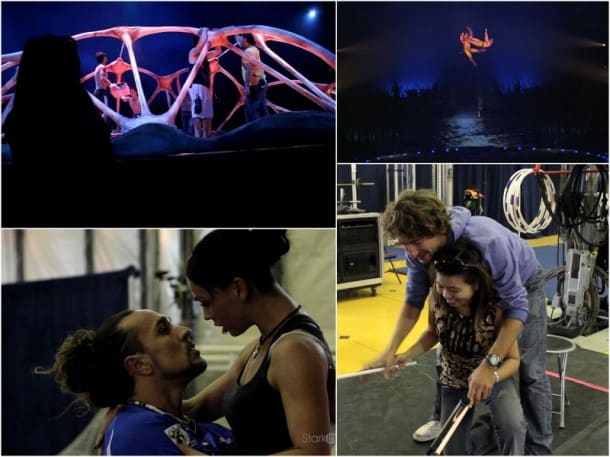 Here’s another up close and personal backstage to Cirque du Soleil. This time Loni ventures inside the evolution of mankind into a world of frogs, turtles, and cosmonauts. It may just be the most interesting (and steamiest) Stark Insider TV episode yet!

Watch as performers warm up, train and go through their routines before the premiere later in the evening. Tension and nerves results in an electric atmosphere– well, that is until star Brazilian gymnast Fabio Santos cracks up with embarrassment as he worries about his English. “Don’t worry,” says Loni. “It’s way better than my Spanish!”

Inspired by many founding myths, Totem illustrates, “through a visual and acrobatic language, the evolutionary progress of species.”

Interesting facts about the Grand Chapiteau and the Cirque du Soleil Village:

In case you haven’t seen it, there’s still time. Totem runs through December 18 at Le Grande Chapiteau (the large blue-and-yellow tent village) next to AT&T Park in San Francisco.