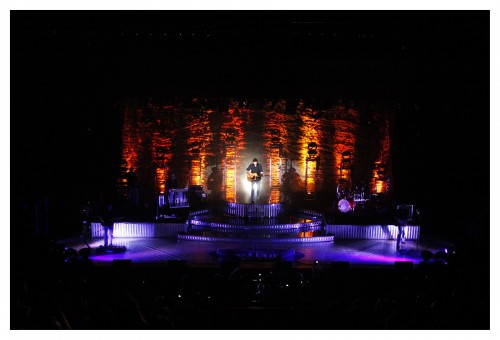 Blake Shelton, reigning “Male Vocalist of the Year” and five-time CMA nominee including a nod for the most prestigious award, “Entertainer of the Year,” will be taking the stage at the HP Pavilion in San Jose on Friday, March 16th 2012 – with opening acts, Justin Moore and NBC’s “The Voice” finalist, Dia Frampton.

Shelton was Dia’s coach on this past season of the hit NBC show “The Voice.”

The country superstar’s single “God Gave Me You” recently broke the Top 10 and is his fastest rising single to date. The emotionally powerful single is off his new album Red River Blue. The album debuted at No. 1 on the Soundscan Top Current Albums chart and Soundscan Top Country Albums chart.

Shelton’s multi-week No. 1 hit, “Honey Bee” is also off his new album and is Shelton’s first ever digital Platinum single. Shelton holds the record for the fastest-selling digital Platinum single for a male country solo artist. The single held the No. 1 spot on the Billboard Country chart for four weeks in a row with over 40 million in audience. No country artist has held this record in almost six years. The single marks Shelton’s fourth consecutive No. 1 hit: “Honey Bee,” “Who Are You When I’m Not Looking,” “All About Tonight” and “Hillbilly Bone.” Shelton has nine No. 1 hits and has not had a single peak outside the Top Ten since 2007.

Justin Moore as one of the opening acts, will be performing his #1 hit, “If Heaven Wasn’t So Far Away” amongst others. Having come a long way since his days in Poyen, AR, population 300, Justin has been taking country music by storm since the release of his self-titled album in 2008. Hits such as, the #1 “Small Town USA”, “Backwoods”, reaching #6, “How I Got to Be This Way”, #17 and “Back That Thing Up”, #38, have made Justin a true country music contender.