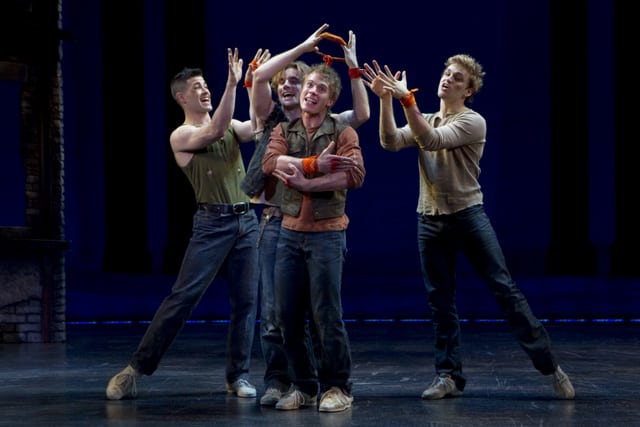 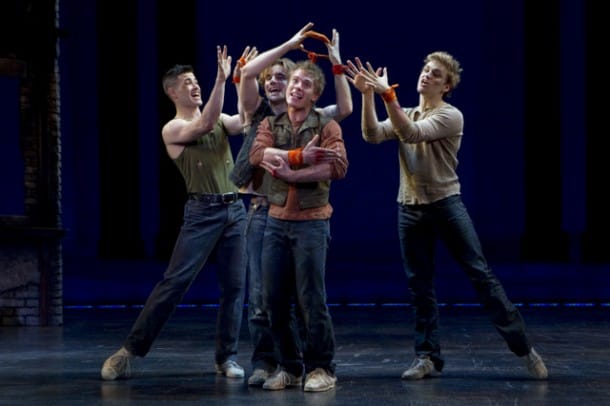 Greats news for fans one of the most beloved musicals of all time. The tour of the smash hit Broadway revival of West Side Story is coming to San Jose. The musical will open at the San Jose Center for the Performing Arts on Tuesday, January 17, 2012. Tony Award-winning librettist Arthur Laurents’ Broadway direction will be recreated for the tour by David Saint, the Associate Director on Broadway. The original Jerome Robbins choreography is reproduced by Tony Award-nominee Joey McKneely (The Boy from Oz, The Life).

The new Broadway cast album of West Side Story won the 2010 Grammy Award for Best Musical Show Album on January 31, 2010. The Bernstein and Sondheim score is considered to be one of Broadway’s finest and features such classics of the American musical theatre as “Something’s Coming,” “Tonight,” “America,” “I Feel Pretty” and “Somewhere.”

The new Broadway production began previews at the Palace Theatre on Broadway Monday, February 23, 2009, opened to critical acclaim breaking box office records at the Palace Theatre on Thursday, March 19, 2009, and recouped its $14 million investment after running only 30 weeks. The Broadway production played its final performance January 2, 2011. The musical played 27 previews and 748 regular performances, making it the longest-running production of the groundbreaking musical in Broadway history. The original production, which had held the record, played 732 performances on Broadway.

Stark on the Arts: West Side Story