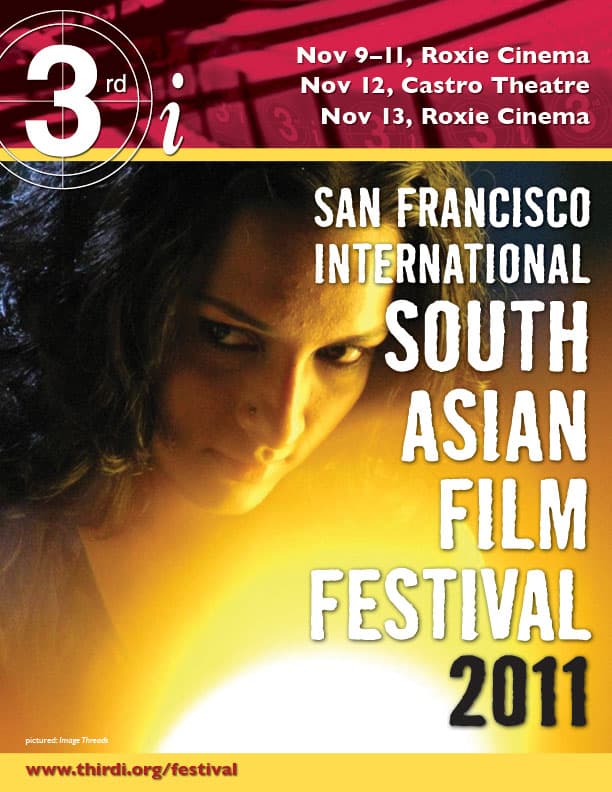 Dates have been announced for the 9th Annual San Francisco International South Asian Film Festival: Bollywood and Beyond (SFISAFF).

According to organizers, the Roxie Theater will be home to SFISAFF from Wednesday, November 9 through Friday, November 11 and returns there on Sunday, November 13 after a Saturday at the Castro on November 12.

SFISAFF is the oldest South Asian film festival in the US, and is the premiere showcase for South Asian cinema in the Bay Area. The 2011 festival will present 16 programs featuring films from India, Nepal, Pakistan, South Africa, Sri Lanka, Tibet and USA.

This year’s festival presents a Focus on Sri Lanka, which has recently seen a surge in independent filmmaking through French co-productions.

The highlights from this focus are Lester James Peries’ groundbreaking film GAMPERALIYA (1964), which launched a new cinematic language in Sri Lankan films-recently restored by UCLA Film Archives. The film explores class conflict through a simple and nuanced love story between a teacher and an aristocrat’s daughter, and has been compared to Satyajit Ray’s Apu Trilogy. On the contemporary end, SFISAFF screens Asoka Handagama’s controversial LETTER OF FIRE (2005), a strident indictment of the judicial system in Sri Lanka, treated in Handagama’s unique firebrand style. The film was banned in Sri Lanka, and is now making its US premiere at SFISAFF. Handagama will be attending the festival with his film, and will also address the audience before GAMPERALIYA, on historical and contemporary trends in Sri Lankan filmmaking. 3rd i will host a Castro Reception on Saturday following the screening of LETTER OF FIRE, where audience members will have a chance for intimate conversation with Handagama, and with other festival guests. Also part of the focus is first-time helmer Sanjeewa Pushpakumara’s festival favorite FLYING FISH (Igillena Maluwo), which is reminiscent of the films of Vimukthi Jayasundara (THE FORSAKEN LAND) and points to a new aesthetic in Sri Lankan cinema. SF-based filmmaker Shireen Pasha’s WHAT IS TIME?, shot in the aftermath of the tsunami in 2004 will round out the Focus on Sri Lanka.