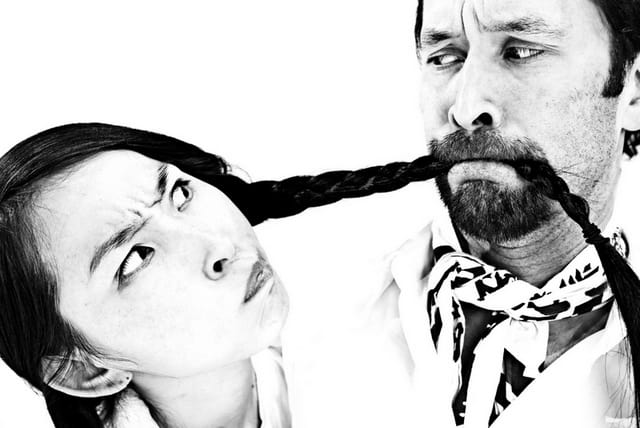 ODC Theater of San Francisco (Mission District) has announced its program for September through December, featuring a line-up of eclectic performances ranging from taiko drumming to dance theater to performance installation.

Three world premieres and one West Coast premiere are on the roster including such innovators as Catherine Galasso, Julie Hébert, Shinichi Iova-Koga, Dohee Lee, Deborah Slater, and Kristina Wong.

“This season ODC Theater continues with Rob Bailis’ curation as we mark one full year in our renovated space,” says interim Theater Director, Christy Bolingbroke.  “This is a collection of highly inventive works that hinge on collaboration, personal excavation, and multi-disciplinary approaches to creation.  While exploring universal themes like identity and aging, this diverse roster of artists will continue to grow personally and redefine themselves in our house this fall.”

ODC was formed by Brenda Way in 1971 as a collective of artists at Oberlin College in Ohio where the name ODC originates (Oberlin Dance Collective). Now one of the most active centers for dance on the West Coast, it has a two building campus features eight studios, 2 performance venues and several office suites, is home to a world-class dance company, a professional, pre-professional, and recreational dance training program, a Healthy Dancer’s Clinic, and a nationally regarded presenting venue.

Sept. 16 – 18, 2011 | SOMEI YOSHINO TAIKO ENSEMBLE, Time Cocoon
Somei Yoshino Taiko Ensemble, founded in the Bay Area in 1999, goes beyond the beat of the taiko drum, incorporating music, theater, and dance in its performances. In Time Cocoon the Ensemble explores the birth-rebirth cycles of insects as they relate to humans. The piece also explores remembered time, or memory, as a kind of individual cocoon where moments from the past are protected for the future. Describing the Ensemble, The Los Angeles Times has written, “the musicians sliced space and made it tingle. The drummers channeled energy with adventurous vigor; they sent it out, welcomed it back, built on it, and made a moving art form in the process.”

Oct. 21 – 30, 2011 | DEBORAH SLATER & JULIE HÉBERT, Night Falls
Peregrine can’t sleep. The following day she’s turning sixty and has to give a speech which she’s not yet written. Anxiously she bounces off the walls of her apartment in the middle of the night trying to figure out what to do about getting older and what the hell she’s going to say to a bunch of young people looking for advice. Peregrine–played by several performers–excavates her life for clues: What has she done wrong? What has she done right? What should she do now? And then, an unexpected visitor alters the course of the night. This beautiful new movement play involves the first-ever collaboration between writer and director Julie Hébert and choreographer Deborah Slater, alongside composer Bruno Louchouarn and designers Giulio Cesare Perrone and Allen Willner.

Nov. 4 – 6, 2011 | KRISTINA WONG, Cat Lady
A little Ed Hardy meets Lord of the Flies meets cat pee, Cat Ladyblends the parallel worlds of two pathetically lonely persons living at the margins of gender and society–musty cat ladies (who make solo performance for a living) and fast-talking male pick-up artists. This multimedia theater piece incorporates the psychology behind hoarding (both of animals and humans), pick-up artist techniques, anecdotes from unmarried women who live alone with cats (“cat ladies”), and Wong’s attempts to simultaneously end racism and get her cat to stop spraying. “Wong’s work is compelling,” writes NY Arts Magazine, “because it is, by turns, confrontational and candid, acerbic and guileless, cartoonish and so razor sharp it draws blood. Plus she masterfully uses ambiguity to provoke thought.”

Nov. 11 – 13, 2011 | CATHERINE GALASSO, Bring on the Lumière!
ODC Theater Resident Artist Catherine Galasso debuts her latest piece, Bring on the Lumière!, an evocative dance-theater-light installation inspired by the lives and work of the Lumière Brothers, French founders of cinema. Following a winding path where the images of their canonical works are re-imagined and re-told through dance, video, and theatrical illusion, the brothers find themselves in a fantastical world of fleeting, living moments and images, further and further estranged from the world of their 19th-century documentary films. Bring on the Lumière! ultimately offers a meditation on personal and popular history, heritage and legacy, transience and immortality.

Nov. 19 – 20, 2011 | PILOT 59
The ODC Pilot Program is a renowned mentorship and performance opportunity for up-and-coming choreographers. Six participants are chosen from an extremely competitive pool to be immersed in an intimate 11-week session where they are mentored in choreography and aspects of self-production including promotion, publicity, marketing and technical theater production. The emphasis on collective spirit and the philosophy of “by our own bootstraps” creates artistic alliances and a strong support system. Since its inception in 1990, this mentorship program has spawned hundreds of talented young choreographers.

Dec. 2 – 4, 2011 | INKBOAT, Line Between
By turns luminous, absurd, and haunting, Line Between resides in the liminal place between waking and sleeping where the rules of one reality dissolve into the other. Watch as cultural icons are twisted inside out, unearthing the likes of Edith Piaf, Johnny Cash, and more through the exquisite physicality of Shinichi Iova-Koga and Dohee Lee. “InkBoat is at the forefront of a new generation,” writes The San Francisco Chronicle. “Founder Shinichi Iova-Koga creates startlingly imaginative psychological journeys of humor and horror.”