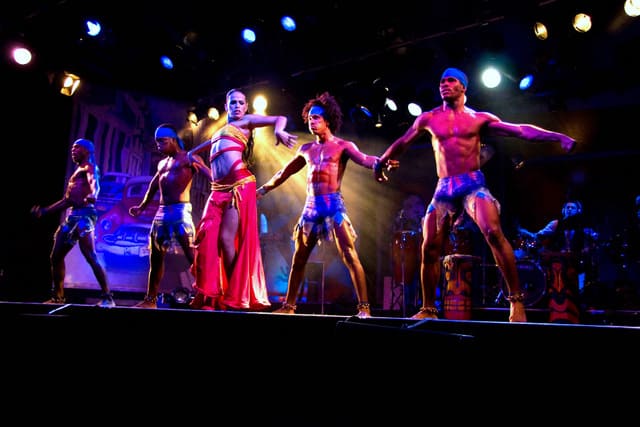 Presenting their first ever North American tour, Cuban dance troupe Kings of Salsa will take Marin County “by storm with an electrifying mix of performers and choreographic styles from Havana’s vibrant dance and performing arts scene.”

According to organizers the award-winning dancers from Cuba’s most celebrated dance troupes will heat up the stage with a blend of street salsa, hip hop, Afro-Caribbean, world class contemporary dance and Cuban classics from Mambo to Rumba and Cha Cha Cha.

Choreographed by Roclan Gonzalez Chavez and backed by a spectacular 9-piece band, Cuba Ashire, Kings of Salsa  showcases dancers and dance styles from contemporary Cuba never seen before on stage.

The dancers in the group comprise some of Cuba’s most talented young performers many of whom are graduates of the country’s ENA (National School of Arts) who have toured and performed at festivals throughout Europe. They are backed by a nine member band, Cuba Ashire which unleashes explosive Latin rhythms and stratospheric brass arrangements, showcasing a slice of cool contemporary Cuba rarely seen on stage.

Regarded as one of the best young choreographers in Cuba today, Kings of Salsa Artistic Director/Choreographer Roclan Gonzalez Chavez, is an accomplished folklore dancer and professor as well as a musical theater director and musician. In 1998 he joined the TV Ballet and started his professional career as a singer and choreographer who co-created a show for Mexico with Tomas Morales, director and choreographer of Tropicana.

From 2003 to 2007, Gonzalez Chavez toured with Lady Salsa as choreographer, actor and singer and has since become one of the top choreographers for many of the young contemporary music shows in Cuba.

DIRECT FROM HAVANA, KINGS OF SALSA PERFORM AT MARIN CENTER

When: Friday, November 4th at 8pm