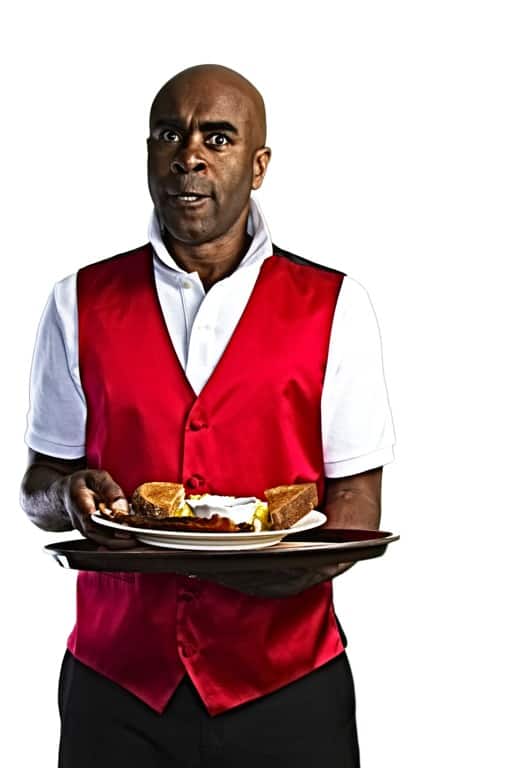 Get your mullet ready, shine up those leather pants: the ’80s are coming again, this time in electric pink!

The Marsh in San Francisco has announced it will stage Don Reed’s new show, The Kipling Hotel, which chronicles the true story of his collegiate and Tinseltown misadventures in the electric-pink ’80’s. As the awkward son of a pimp struggling with college and a merciless Hollywood, Reed tried being a stripper and a gigolo – but ended up as a live-in waiter at an unforgettable retirement hotel, breakfast-sandwiched between the elderly, employee drifters and drug-addicted dreamers.

Don Reed is the writer, director and playwright of one of the longest running solo shows in Bay Area History – his highly regarded East 14th, which closed at The Marsh after a two-and-a-half year run earlier this year.

The Kipling Hotel picks up where the earlier show left off.

Leaving behind his somewhat irregular childhood (his stepfather was a Jehovah’s Witness but his real father was a pimp), Reed leaves Oakland in 1981 and heads off to LA where his student lifestyle leads to another fistful of hilarious and moving short stories, woven together to form the stand-alone second act of this most unconventional of coming-of-age stories.

Reed has performed, written and directed for film, television and theater. His work on an HBO Special of up-and-coming comedians years ago caught the attention of the right people and led to many recurring and guest starring roles on television. He has performed all over the country and opened for Tony Award winner Tommy Tune. You may have heard his voice on: Spiderman, The Flintstones, ER, Frasier, Friends, Scrubs, Will & Grace, Law & Order or SNL. Reed has written promos for The Golden Globes, The Academy Awards and the Olympics.

Additionally, he has written and developed screenplays for Spike Lee’s 40 Acres and a Mule and Maverick Filmworks. Reed is currently the opening act/warm-up comedian for The Tonight Show with Jay Leno and has just closed a deal with a new FOX television comedy.