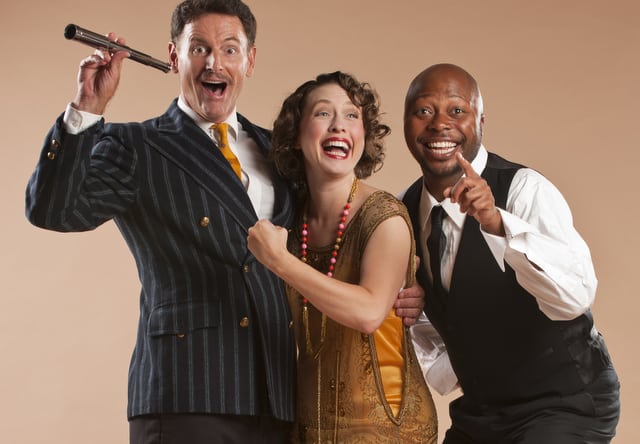 Award-winning actress Maureen McVerry will direct the second musical of 42nd Street Moon’s l9th season: George and Ira Gershwin’s Oh, Kay! (1926). According to the theater, this will serve as her San Francisco directorial debut. It’s a show she knows well. Her own portrayal of Kay in the San Francisco Shakespeare Festival production of Oh, Kay! in 1993 won her a Theatre Critics’ Circle Award.

“I am so excited to reconnect with this wonderful show,” McVerry stated. “‘Oh, Kay!’ has an amazing Gershwin score – great up-tempo songs and gorgeous ballads. And we’re doing the original, different from what I did, so it feels new and fresh. Plus, this time I don’t have to worry about hitting Kay’s high notes!”

“I’m so glad we’ve got Maureen at the helm of the show,” declared Artistic Director, Greg MacKellan. “Who better to bring this 20s delight to life than the lady who was San Francisco’s last Kay? I think audiences will be in for a real treat.”

Set on a Long Island estate, the musical focuses on a trio of English bootleggers who land in the middle of romantic intrigue and hi-jinks at the height of Prohibition.

Maureen McVerry has been a firm favorite with Moon audiences, having starred in numerous productions including Pardon My English, The Student Gypsy, High Spirits, Wildcat, and Very Warm for May. She has appeared in a variety of plays and musicals throughout the Bay Area, as well as films, television shows, commercials, and industrial videos. For the past ten years she has also been directing a series of full-scale highly successful musicals (Willie Wonka, Seussical the Musical and Guys and Dolls) at middle and high schools on the Peninsula.

Oh, Kay!, with music by George Gershwin, lyrics by Ira Gershwin, and book by Guy Bolton and P. G. Wodehouse, is based on the play La Presidente by Maurice Hanniquin and Pierre Veber, with the plot revolving around the adventures of the Duke of Durham and his sister, Lady Kay. The show was named for composer Kay Swift, and the leading male character is named after her husband, Jimmy Warburg. It opened on Broadway in 1926, starring Gertrude Lawrence and Victor Moore. The dazzling Gershwin songs include the evergreen standard “Someone to Watch Over Me,” “Fidgety Feet,” “Clap Yo’ Hands,” and “Maybe.”

Teressa Byrne makes her company debut in the title role of Kay. Her Bay Area credits include Rags (Rebecca Hershkowitz) at Willows Theatre, and several operatic roles with Verismo Opera and West Bay Opera. Tyler McKenna, also performing for the first time on the Moon stage, plays Jimmy Winter. He recently appeared as Brian Ogden in Dead Man’s Wake with West Coast Arts Foundation and Sky Masterson in Guys and Dolls at The Mountain Play, where he has played numerous other roles.