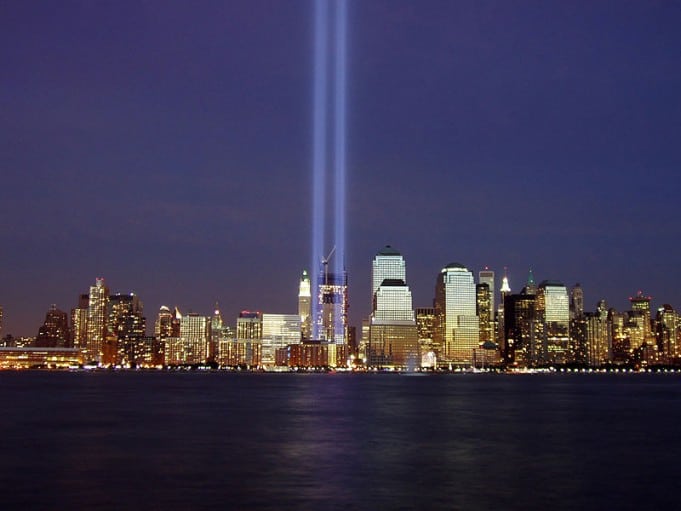 For those looking for something special to do on this somber Sunday, we’ve rounded up some of the events happening around the San Francisco Bay Area in honor of the tenth anniversary of 9/11.

The twilight end-of-day ceremony commemorating the tenth anniversary of 9/11 will take place at Oak Hill Memorial Park. The service will include a candlelight vigil and wreath placement ceremony at the 9/11 monument and memory wall inside Oak Hill Memorial Park at 300 Curtner Avenue at Monterey Highway. The ceremony will be introduced by the Los Gatos-Monte Sereno Police Pipes & Drums performing ‘Amazing Grace’ A statement from the family of Jason Dahl, pilot of Flight 93* will be followed by a moment of silence.  The Lighting of the Candles will be conducted by Boy Scouts & Girl Scouts.

The Eleventh Annual Antique Autos in History Park is this Sunday, September 11, noon to 5 PM in History Park at Kelley Park in San José. Presented by the Santa Clara Valley Model T Ford Club and History San José, the event fills History Park with more than 200 antique autos, fire equipment, bicycles and motorcycles of all makes from 1900 to 1945.All afternoon both exhibits and the historic buildings will be open, the trolley will run from noon to 5 PM. O’Briens Ice Cream Parlor will be open and food from Peggy Sue’s will be available for purchase. Also at History Park at Kelley Park, 1650 Senter Road between Keyes and Phelan, docents will guide visitors through many of the 27 historic buildings. The exhibit “Nature’s Beloved Son: Rediscovering John Muir’s Botanical Legacy” will be on display in the Pacific Hotel Gallery. The Leonard and David McKay Gallery will feature “Celebrating Local Artists” in honor of the gallery’s fifth anniversary. Admission is free and sponsored by the Santa Clara Valley Model T Club. Parking is $6. For more information about the event contact Allan Greenberg at allang@pacbell.net or call 408 997 0879.

Join us on this ten-year anniversary of 9/11/2001 for Northern California 9/11 Truth’s 7th Film Festival (with guest speakers) at the at the Herbst Theater in San Francisco on Sept. 11, 2011, 1:00 pm to 8:30 pm, as we explore the truth of this traumatic event and what it means. Through film, the spoken word, music, art, revolutionary comedy, action, and dialogue — and in solidarity with events in Toronto, Seattle, and New York — we will gather to share stories, insights, research and feelings about that day.

Berkeley Panel Discussion with Cindy Sheehan, Jason Leopold, Larry Everest at Revolution Books. Participants will discuss the arc of the decade, what has happened and why.