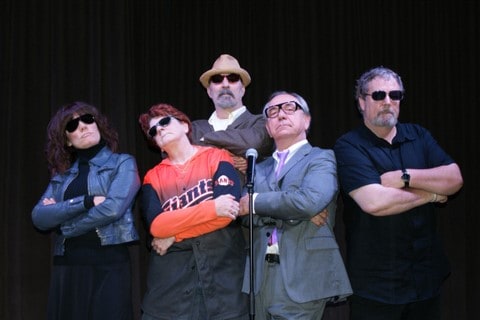 Performers at the show will include Will Durst and Johnny Steele, plus other several other comedians and special guests (below).

Back from their appearance in December at San Jose Stage Company, the cast of The Big Fat Year End Comedy Show bring this night of comedy and politics to San Jose with a collection of stand-up comedy, skits, quizzes and many other surprises.

Will Durst is a former host of several TV shows (PBS), and the Will and Willie Morning Show on Green 960 (that’s Willie Brown). He’s also the author of The All-American Sport of Bi-Partisan Bashing and his columns and commentary are syndicated in dozens of publications. He’s also a national comedy headliner. His successful solo show, by the same name, was extended Off-Broadway.

Johnny Steele: Former host of several radio and TV shows including The Live 105 Morning Show, Green 960. He’s also a past winner of the San Francisco International Comedy Competition and has headlined across the United States, Canada and Europe.

Mari Magaloni: A classically trained actress who has performed in theaters from New York to San Jose. She is also an accomplished impressionist (her Sarah Palin is not to be missed), as well as a hilarious comedian.