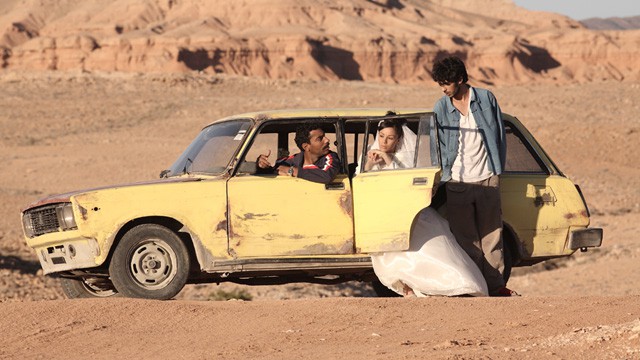 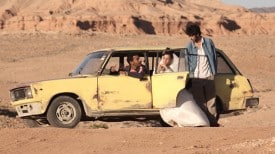 Connections are made, stereotypes give way, culture is deepened. It all stems from diverse films shown at the Arab Film Festival in San Francisco.

The festival and the Arab Cultural Community Center, another multiservice nonprofit, are dedicated to celebrating Arabic language, culture, art and history, and providing services to meet the needs of the Arab Americans and the greater community in the San Francisco Bay Area.

Thanks to in part two grants they received from the Center for Arab American Philanthropy (CAAP) in Dearborn, Mich., these two nonprofit groups will be able to continue their work.

CAAP announced its third round of grant making, which includes the Arab Film Festival and the Arab Cultural Community Center among 12 grassroots organizations throughout the country to receive a total of $53,000. CAAP has awarded nearly $180,000 since it began making grants in 2009.

The only national Arab American philanthropic support organization in the United States, CAAP builds on the tradition of Arab American giving by working with donors to invest their charitable dollars in organizations and programs making the greatest impact.

“Through general grant-making and donor-advised funds, CAAP empowers individuals to fulfill their philanthropic goals within and beyond the Arab American community,” said Maha Freij, deputy executive director and CFO of ACCESS, CAAP’s parent organization. “By giving through CAAP, donors are leaving a legacy of Arab American philanthropy for the future.”

ACCESS, a nonprofit based in Dearborn, Mich., established CAAP in 2005 as a way to strengthen the impact of Arab American philanthropy and leverage individual giving locally and nationally in the aftermath of 9/11.

CAAP’s current round of funding provides grantees with general operating support, which is vital to help small organizations get off the ground and remain solvent, Freij noted.

In its 15th year, the 10-day Arab Film Festival features 50 to 60 films in San Francisco, Berkeley, San Jose and Los Angeles. Organizers receive up to 250 submissions each year, and draw an audience of about 9,000 people. The festival uses the films to present positive images and narratives on Arabs and the Arab World and to dispel negative stereotypes.

The general public is able to interact with filmmakers, learn about challenges, connect to Arab stories, meet Arabs in everyday settings and see the similarities between themselves. Michel Shenadeh, the festival’s executive director, calls it cultural bridge-building, and said that and through discussions and panels cross-cultural understanding is deepened.

“There is no other time that a film festival is needed than today, with Islamophobia, the war, increasing numbers of hate crimes. What’s more important than addressing issues through film in a constructive way,” Shenadeh said. “It’s not only bringing cultural education to the community, but empowering our community. Kids see people on TV that look like their mom or dad that are portrayed negatively. We show them realistically as doctors, lawyers, people can make them proud of their heritage. Arts and culture are the gateway to empowering the community.”

The festival also has year-round screenings, including those at high schools.

“To show a human story is using education through entertainment to make a transformation, to make America a better place for us and for everybody,” Shenadeh said.

ACCC also work for the betterment of Arabs and the greater San Francisco community through social service programs, education, advocacy and music programs. The center began in 1973 as a place for people to come together to learn folkloric dances and the Arabic language. Over time, organizers saw the growing need for social services and other programming. There are an estimated 180,000 Arabs in the Bay Area; ACCC serves about 2,000 people in addition to the 10,000-12,000 who attend its annual cultural festival.

The group’s direct services include translation, health education programs and parenting classes. Volunteers and a small paid staff help immigrants, many of whom come to the United States with little or nothing, to find housing and jobs and to become citizens. ACCC also deals with domestic violence and bullying. Recently, staff members helped a trafficked woman who had been held captive for 19 years in the United States. After running away, the woman turned to the ACCC for help and eventually got into college. She is now in the process of becoming a U.S. citizen.

“The community comes to us when there is a problem, when they need our support,” said Sally Al-Daher, executive director. “For Arabs and non-Arabs, we are an epic resource for the Bay Area.”

ACCC will use its $5,000 CAAP grant to fund a government-mandated audit, which Al-Daher said will enhance transparency so that the government and the community can see the importance of the work ACCC offers. The audit will help the organization continue to receive funding and better serve the community.

“Of course, the CAAP grant helps a lot,” Al-Daher said. “Without this, I would have struggled. It might look like a little bit of money, but it’s not. I’m completing a major project with it. CAAP has always been very supportive and understanding of us. I love working with them.”